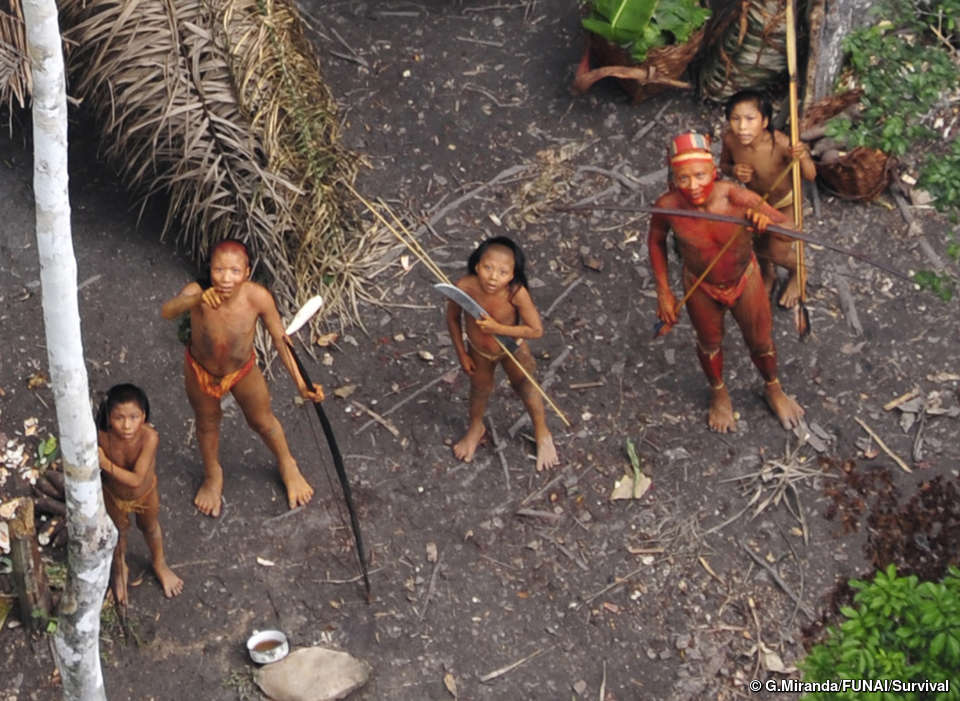 It is normal for us to belief and think humans have visited everywhere in the world, already unraveling the hidden nook and crannies of our very vast world. It will surprise you to know that there are other places that have not yet been uncovered and have remained untouched for thousands of years. There’s a wild world out there that remains to be surveyed by us and some of them are so remote that its almost impossible to breakthrough its remoteness.

In Brazil, there are areas inhabited by native populations and villagers living in closed, communal hunter gatherer societies.

In Myanmar, in the Asian continent vast jungles remain undiscovered. The Mariana trench, which is the deepest part of any ocean in this world; 10,000 meters deep, is in the Pacific Ocean, has yet to be explored with any real depth by any human alive. There are caves in Vietnam as high as high rise office blocks. Expert Anthropologists are yet to discover all forms of human life on this planet, with hostile tribes such as the islanders in the North Sentinel Island expressly forbidding access to their civilizations.

ALSO READ  10 Facts About Samoyed Dogs You Should Know

For zoologists, there are still a large number of species yet to be discover on land and in

the ocean. So don’t be deceived by what you see online. We are pretty much ignorant of all that is in this world both physical and spiritual, seen and unseen.

Today, Factboyz.com will take a look at some of the most interesting, hidden undiscovered places around the world which is summed up in this sentence; Places No Human Being Alive Has Visited.

The Mariana Trench is the deepest part of any ocean in the world. It is located in the western Pacific Ocean, this trench in the Earth’s crust is 1600 miles long (2,550 km) and 43 miles wide (69 km). It astonishingly reaches a maximum depth of 36,000 ft (10,994 meters), making it almost inaccessible to humans. At least we could say for now

It is on record that in July 2015, members of the National Oceanic and Atmospheric Administration, Oregon State University, and the Coast Guard submerged a hydrophone (a sophisticated instrument) into the deepest part of the trench; with the sole aim of finding out what exactly was going on in there. The instrument did not disappoint as it picked up natural and man-made sounds such as boats, earthquakes, a typhoon, and whales.

ALSO READ  MNET COMEDIAN, His Bio, Comedy Career and Everything You Should Know About Him

It is widely believed that an estimated 3000 Native tribes-people still live in this dense isolated region. This place is somewhere you definitely do not want to be as there would be no Wifi or internet for you because of the thick jungle, and how isolated it is; already booking a spot in one of the most isolated places on the planet. It covers about 32,990 square miles, which is about the size of Austria. The Vale Do Javari is a very mysterious place that is known to house a host of really creepy and dangerous animals you do not mess with. Probably you love adventure and you’re already loving this place! Spoiler Alert! As with isolated places like this, the region is completely closed to outsiders. Much of the jungle surrounding Vale Do Javari is open, and around half of the world’s rainforest can be found inside the 2.5 million square miles of Amazonian rainforest.

ALSO READ  Is There IPOB Sit At Home Tomorrow/Today?

Much of this forest is still undiscovered.