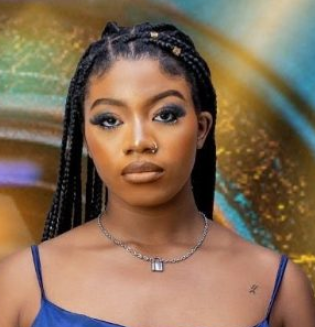 Angel Agnes Smith is a Nigerian writer and poet who is known to be one of the Big Brother Naija (BBN) Season 6 housemate. The 21 year old is excited to be in the house and is passionate to also win the 90 million naira worth of prizes that accompanies whoever wins the season.

She characterizes herself as a sociable, easygoing individual who enjoys telling stories. If she’s not dancing in a club, she’ll be composing poetry on the beach.

Angel is a strong feminist who is known among her friends as a drama queen.

Angel Agnes Smith (BBNaija) has an estimated net worth of $50,000 before coming for the Big brother Naija show.

On July 24 and 25, BBNaija will premiere its sixth season with a unique double launch event.

ALSO READ  Giveon Net worth Forbes 2021 - How Rich is Giveon?

Meanwhile, MultiChoice has announced that there would be no SMS voting this season. Voting will take place on the Big Brother Naija website and mobile site, as well as the MyDStv and MyGOtv applications.
The 10-week reality TV show will follow strangers as they bond and compete for the top prize of N90 million, the continent’s highest reality TV prize pool.