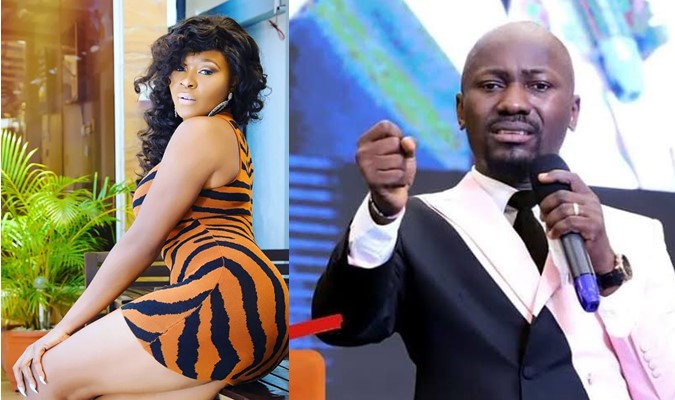 Following a video circulating online where Nollywood actress Chioma Ifemeludike accused Apostle Johnson Suleman, the General Overseer of Omega Fire Ministry (OFM), the cleric has stated that he is not furious with individuals who have attacked him on social media.

Note that this accusation by the actress has not yet been verified as Apostle Johnson Suleman has been accused in the past, with many later turning out to be false.

We recall that Nollywood actress Chioma Ifemeludike claimed she slept with the well-known priest for money, and that the memory has plagued her ever since.

Apostle Suleman pleaded with his congregation and followers to refrain from sending him any more positive texts.

“How come you’re encouraging a man who isn’t depressed?” I’ve been in a bad mood since yesterday. I received messages telling me not to be concerned. Examine my demeanor; if you notice me being grumpy, you can encourage me. Do I appear to be someone who requires encouragement?

He remarked, “I’m not disheartened at all, and I’m not furious with those who abuse me on social media.”

The minister stated that he is focused on his God-given mission and that those who are insulting him are only doing so because of what they read on the internet.

He went on to say that he purposefully ignored all of the videos made against him.

“My wife can bear witness, all the video done against me I’ve not watch one. Many of you have watched it but me, the subject matter I’ve not watch one. What I don’t see cannot affect me. Somebody sent me a video from a blog yesterday, that was the last time it was on my phone. I guard my heart so that I can have fellowship with God. Stop all these rumors and gossips. What will not encourage me I don’t give attention to it,”