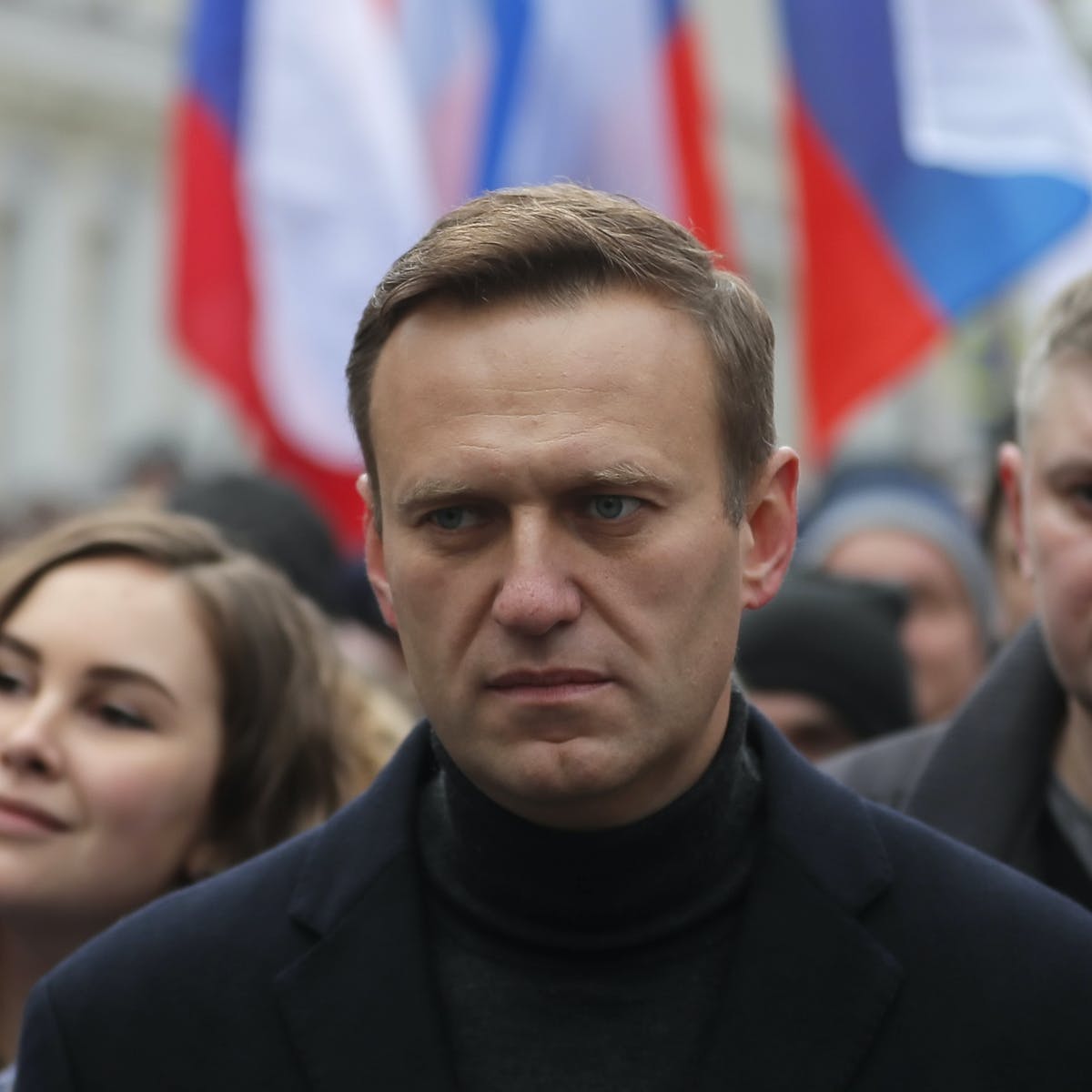 Alexei Navalny is a popular, renowned critic and chief strategist to the opposition of Russian leader Vladimir Putin. He has been involved with series of high profile criticisms of the Russian leader – Putin who he believes has overstayed as Russian leader and has also been engulfed with illegal absolute power and unbridled corruption.

However, Alexei Navalny himself has not been short of attempts at his life and fingers are pointing to Putin to be the brain behind it, though there has been no official proof of evidence poised to reveal the fact to the public.

Alexei Navalny according to the Wall Street Journal is a man Vladimir Putin greatly fears and though Putin sees him as a great threat, he is very much watched by the Russian leader. Alexei has also proven himself to be very much alive in Social media; garnering for himself more than 4 million YouTube subscribers in his verified YouTube channel – Алексей Навальный

But who could Alexei Navalny be? The man who is singlehandedly causing Vladimir Putin sleepless nights? We would be looking at Alexei Navalny’s Biography in the next paragraph below as we try to unravel the number 1 opposition leader and critic in Russia against Vladimir Putin.

Alexei Navalny was born on the 4th of June 1976 and is of Russian and Ukrainian descent. He grew up in Obninsk South West of Moscow but a good chunk of his early childhood was spent with his grandmother in Ukraine which gave him a leverage and an unprecedented opportunity to learn the Ukrainian language which he could communicate and write with.

His parents were not doing poorly themselves as they owned a basket weaving factory in Moscow Oblast which they have been running successfully without much major hitches since 1994.

Alexei Navalny attended the People’s Friendship University of Russia where he earned for himself a law degree in 1998. He also proceeded to acquire more knowledge and skill at the Financial University under the Government of the Russian Federation where he majored in securities and exchanges.

His political journey started from the year 2000 when he was 24 years of age. He joined the Russian United Democratic Party – Yabloko but officially became a member in 2001. From 2002, he climbed the ranks of leadership in the party as the years went by, and these steady rises in office saw him become Chief of staff of the Moscow branch of Yabloko in 2004; a position he held till 2007. After resigning from this position in 2007, he co-formed a new political movement – The People which championed causes of true democracy in Russia.

From 2011, Alexei Navalny was involved with various protests in Russia. In Dcember of that year, there were parliamentary elections but Alexei opposed the results and outcomes of that election, pointing fingers to the electoral malpractice he claimed was rampant in the election. Navalny was able to protest with 6000 others but 300 were arrested and Navalny was among them.

On his release on 20 December, Navalny called on all Russians to unite against Putin, who Navalny said would try to snatch victory in the presidential election, which was to be held on 4 March 2012. Vladimir Putin went ahead to win the elections and Navalny mobilised more than 15,000 Russians to protest in an anti-Putin rally. On 8 May, the day after Putin was inaugurated, Navalny and Udaltsov were arrested after an anti-Putin rally at Clean Ponds, and were each given 15-day jail sentences.

On June 26th 2012, Navalny’s comrades and those who supported his movement announced they would form their own political party. On 15 December 2012, Navalny expressed his support of the party, saying, “The People’s Alliance is my party”

In 2013, Navalvny ran to become Moscow’s Mayor but lost the election to Sergey Sobyanin.

On August 20th 2020, Navalny fell ill during a flight from Tomsk to Moscow at a time when Coronavirus cases were rising across Europe. He was hospitalized at a hospital in Omsk after the plane had to make an emergency landing. According to witnesses, the change in his health status and fitness was sudden and violent and video evidence obtained showed the insane moment passengers tried to help the now very sick Navalny.

Navalny was in a coma when he was hospitalized. His spokeswoman acknowledged that the only thing he took that morning was a cup of tea and it was suspected something else was put into his tea. This report came after the hospital diagnosed him and found out he was likely poisoned. However, the hospital’s deputy chief physician told reporters that poisoning was “one scenario among many” being considered.

Alexei Navalny was flown to Germany after a plane arrived from Germany to pick him up for treatment at the Charité Hospital in Berlin; the doctors at Omsk were initially reluctant to release him, citing that he was too sick to be transported, but after sometime he was released and the plane flew him straight to Germany.

On 24 August, the doctors in Germany announced they had confirmed that Navalny had been poisoned with a cholinesterase inhibitor, and on 2 September, the German government announced that Navalny was poisoned with a Novichok nerve agent, from the same family of nerve agents that was used to poison former Russian agent Sergei Skripal and his daughter in the United Kingdom. On September 7th Navalny was out of Coma and on 15th of the same month, his spokeswoman announced he would soon return to Russia.

On 17 September, Navalny’s team said that traces of the nerve agent used to poison Navalny was detected on an empty water bottle from his hotel room in Tomsk, suggesting that he was possibly poisoned before leaving the hotel. On 23 September 2020, Navalny was discharged from hospital after his condition had greatly improved and the opposition leader was grateful to have escaped the merciless jaws of death.

After Navalny’s poisoning, an investigation ensured to trace the source and possible perpetrator of the poisoning; and many fingers were pointing at Putin who never uttered a word on the incident. In December a joint investigation by top media pointed accusing fingers at the Federal Security Service (FSB) The investigation detailed a special unit of the FSB specialising in chemical substances and investigators tracked members of the unit using telecom and travel data. The investigation also came to a premature conclusion that they were other attempts to take Alexei Navalny‘s life previously.

In an interview with Spanish newspaper El País, Navalny said that “It is difficult for me to understand exactly what is going on in [Putin’s] mind. … 20 years of power would spoil anyone and make them crazy. He thinks he can do whatever he wants.

Alexei Navalny Moves Back To Russia From Germany and Arrested

On the 17th of January 2021, Navalny began his journey back to Moscow from Berlin, Germany after more than 4 months in Berlin following his poisoning. The opposition leader and Putin critic acknowledged that everything would be fine as he made his final preparations to leave for Moscow. Though the Kremlin had already denied involvement in his assassination attempt, Navalny does not seem to be backing down in his political movement and defiance of Putin’s leadership.

He was seen on board a plane that left Berlin shortly after 14:30 GMT on Sunday, January 17th.

Alexei Navalny faces possible arrest as soon as his plane touches down in Moscow as extra police has already been stationed at the airport. Mr Navalny’s spokeswoman Kira Yarmysh posted on social media pictures of police cars at the airport.

Sometime ago, the Russian authorities had warned Mr Navalny saying he could face imprisonment after missing a prison service deadline in December to report at an office in Moscow.

Navalny was arrested shortly after his plane touched down in Moscow and was moved away for questioning. Navalny was taken away by police officers without explanation, his spokesperson Kira Yarmysh tweeted. His lawyer, who had also flown in from Berlin, was not allowed to accompany the opposition leader, she said.

Mr Navalny is happily married to Yulia Navalnaya and they have two children; a daughter named Daria and a son Zakhar.