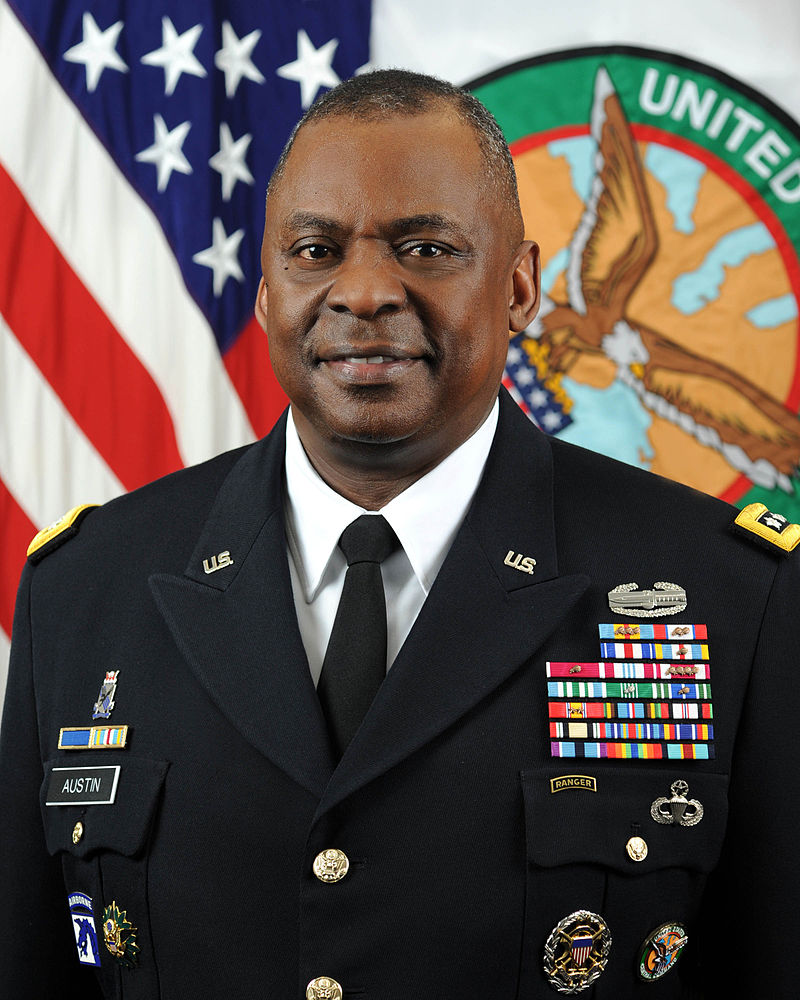 Lloyd Austin’s career in the United States Military dates back to the 20th century when he began his active service in the military. He is the real definition of a seasoned military officer who has seen years of combat, fought through it all and conquered extensively. Lloyd Austin is the first black commander of CENTCOM (The United States Central Command) who retired from armed services as a military army general in 2016.

In 2010, Lloyd Austin was made Commanding General (CG) of United States Forces – Iraq (USF-I) at a ceremony at Al-Faw Palace in Baghdad. As Commanding General, he was in charge of all US and remaining coalition forces in Iraq where he was stationed and where he oversaw the war.

We will be looking at the Biography of Lloyd Austin below as we delve deeper into his personality and who he is exactly.

Lloyd Austin was born on 8th August 1953 in Mobile Alabama but he was raised in Georgia. Born at a time when civil liberty was in its early stage, black Americans sought to find identity and true freedom in those days. However, not withstanding the odds all against his favour, Lloyd graduated from the United States Military Academy (West Point) with a Bachelor of Science degree in 1975 aged 22.

In 1986, Lloyd Austin earned a Masters of Arts degree in counsellor education from Auburn University College of Education. With an unrivalled passion to gain more knowledge and boost his educational qualifications, he earned a Master Business Administration in business management from Webster University in 1989, and subsequently graduated from Basic and Advanced courses he took at the Army Command and General Staff College, and the Army War College.

His career in the US Army began in 1975 where he started the military service to his country as second lieutenant. He steadily climbed the ranks where he commanded troops in combats at the 1-, 2-, 3-, and 4-star levels.

His first initial assignment was with the 3rd Infantry division – which is a combined arms division of the United States Army based at Fort Stewart, Georgia. It is also a direct subordinate unit of the XVIII Airborne Corps and U.S. Army Forces Command. Lloyd Austin served as where he served as a Rifle Platoon Leader in Germany during his first assignment.

Lloyd Austin fought in several battles all across the world and was the commanding officer of various major operations and battles that earned him good repute in the US military and among generals.

From September 2003 until August 2005, Lloyd Austin served as the commanding general of the 10th Mountain Division (Light Infantry), with his duty as Commander, Combined Joint Task Force 180, during the War in Afghanistan. In 2006, he was promoted to lieutenant general and from February 2008, he became the second highest ranking commander in Iraq.

In December 2011, Lloyd Austin was nominated to become Vice Chief of Staff of the United States Army (VCSA). After his nomination, Austin took office on January 31, 2012. Under his watch, he managed the day-to-day administration of the Army’s budget and headquarters staff; and took precautious steps to reduce the incidence of suicides in the army.

From March 2013, Austin became the commander of CENTCOM after he was nominated by President Barack Obama back in 2012. He was the 12th commander and served as its commander until his retirement in 2016. While he was commander, Lloyd Austin oversaw the deployment of troops to counter the ISIL led seizure of Mosul in 2014 and target specific areas for military sting operations in Syria and Iraq.

Austin retired from armed military service in 2016 and his retirement ceremony took place Joint Base Myer–Henderson Hall on April 5, 2016.

Lloyd Austin As Secretary of Defence

In December 7th 2020, the media got wind of information that insider sources revealed that Joe Biden will appoint Lloyd Austin as Secretary of Defence. This was confirmed almost immediately to be true and Lloyd Austin will take office on January 20th 2021.

Austin would be the first African American Secretary of Defence and before he would be confirmed, he will require a congressional waiver of the National Security Act of 1947 to bypass the seven-year waiting period after leaving active-duty military, as prescribed by 10 U.S.C.

Biden probably got close to Austin during the latter’s tenure as CENTCOM commander.

Lloyd Austin is happily married to Charlene Denise Banner Austin for more than 40 years. He has two stepsons.