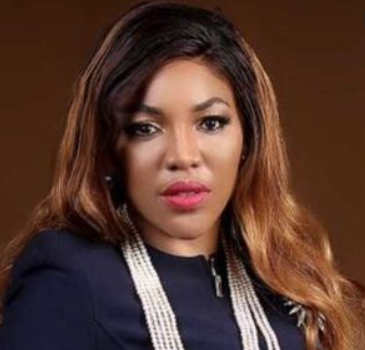 Brenda Ataga is a Nigerian Oil and Gas Expert and Executive who came to limelight following the death of her husband – Michael. Brenda Ataga and Michael Usifo Ataga have been married for almost five years.

Brenda Ataga was a Manager at OANDO PLC before to her marriage (West Africa). Brenda Ataga, Michael’s wife, works as the National Project Coordinator of the LPG Gas Expansion Programme in the office of Timipre Sylva, Minister of State for Petroleum Resources.

She served as the Special Adviser on Downstream and Infrastructure from 2015 to 2019.
She is a Mid/Downstream Commercial Strategist with over 15 years of experience in the oil and gas business, as well as a 2018 Arch Bishop Desmond Tutu Fellowship Nominee.

Brenda achieved important leadership positions in the commercial sector before joining the public sector, where she was recognized as the first female and first under 30 to serve as Supply Manager at OANDO PLC (West Africa).

Her age appears to be between between 35 and 40 years old.

Brenda Ataga is the mother of two sons with her husband, Michael Usifo Ataga. Her spouse, however, was murdered by his girlfriend in June 2021 after they spent some quiet time together in a hideaway apartment. He died at the age of 50.

Michael Usifo Ataga is the founder and CEO of Super TV and a director of Super Network Limited, a telecommunications firm based in Nigeria.
Michael Usifo Ataga was born on June 19, 1971, in Edo State, Nigeria. He attended Edo State’s primary and secondary schools before attending the University of Benin and earning a bachelor’s degree in 1995.
Michael Usifo Ataga is a well-known Nigerian entrepreneur. He was the founder of Super TV and served as its CEO as well as a director of Super Network Limited.
He founded Super TV, a streaming entertainment platform that provides movies, shows, news, and documentaries, in April 2014.