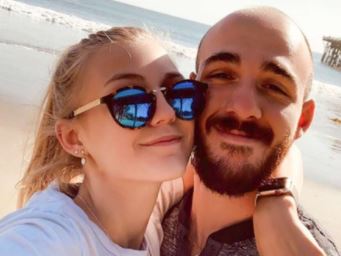 Brian Laundrie Campsite Discovery Sightings – A source close to the family revealed that on Wednesday that police discovered the remains of a campsite/campground that looked to have been used lately in the Carlton Reserve, a large 24,565-acre wilderness near the family’s property in Florida that has been restricted to tourists.

The source further revealed that Laundrie’s father was asked to show law enforcement the reserve trails that his son had been known to use. However, due to the finding of the campsite, authorities limited the search on Wednesday and excluded his father.

ALSO READ  What Killed ‘where we bout to eat at’ kid? Antwain Fowler

A notice was also placed on an abandoned vehicle belonging to the Laundrie family near the nature reserve on September 14, according to the North Port Police Department.

On September 17, Laundrie’s family reported to police that they had not seen him in days and that he had informed them he was going to the reserve.

As authorities probed the disappearance of Petito, who was reported missing by her family on September 11, the search for Laundrie intensified. Petito and Laundrie had taken a cross-country road trip throughout the summer before Laundrie returned home to Florida, and Petito’s body was discovered in Wyoming later.

According to the FBI, the coroner’s original determination for Petito’s cause of death was homicide.
While Laundrie has not been charged in her death, he is wanted by the FBI for using another person’s debit card without permission in the days after Petito last communicated with her family.

Petito, a 22-year-old YouTube star, went missing while on a cross-country road trip with her fiance Laundrie, and the case went viral. Petito was last seen in August, when she texted her mother, “No service in Yosemite,” and disappeared. Petito was reported missing after Laundrie returned home alone with the van in which the two had been riding on September 1, despite the fact that she was never supposed to be there. He immediately hired a lawyer and refused to cooperate with the police inquiry into Petito’s disappearance.