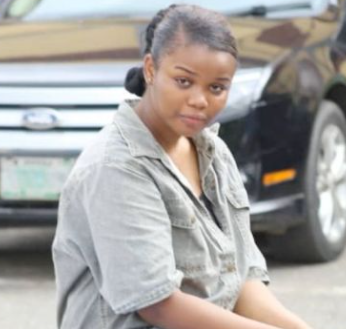 Chidinma Ojukwu Biography – Chidinma Adaora Ojukwu born 3 March 2000 is a Nigerian student of the University of Lagos who is well known to be the alleged murderer of Michael Usifo Ataga – a millionaire Nigerian Entrepreneur. She is 21 years of age.

Chidinma’s parents divorced when she was two years old, and she moved in with her uncle, Chijioke Obi, in Lagos’ Mushin neighborhood.

She went on to say that one of her early dreams was to be a musician or an actor.

In an interview, she said,

“My role models were Tiwa Savage, Beyonce, Rihanna, Genevieve, and Regina Hall. I schooled in Johnson Primary School and also a government primary school in Mushin.

In an interview, Chidinma Ojukwu admitted to using hard drugs after being introduced to it by a group of wayward friends. She said she began smoking after gaining admission to study at UNILAG.

Following her alleged murder, Chidimma Ojukwu was arrested in her father’s house. However, before she was arrested, her father resisted any attempt by the Nigerian Police to arrest his daughter, though he was finally subdued.

Her father was detained for allegedly impeding the arrest of her daughter.

Her mother is unknown because her parents separated when she was just 2 years of age.

She is from Abia state precisely Arochukwu.

Chidimma Ojukwu is the prime suspect of the murder of Michael Usifo Ataga. The two were reportedly dating before the ugly incident occurred in an apartment in Lagos after Chidinma stabbed the victim in the neck and fled the scene with his ATM card. She reportedly killed the Super TV CEO after making advances at her following hours of them being together.

In an interview with PUNCH, she admitted the crime and pleaded for her life saying she didn’t want to die.

“I was just trying to comport myself to answer questions during the parade and not that I am not showing remorse. I totally regretted everything I did and I am sorry. Mr Ataga’s family, I am deeply sorry for what I did. If I had my life back, I wouldn’t do anything like that. I am deeply sorry and I hope you forgive me.”