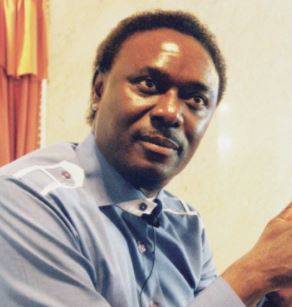 Chris Okotie Biography – Christopher Oghenebrorie Okotie (born 16 June 1958) has served as the pastor of the Household of God Church International Ministries, a Pentecostal congregation in Lagos. He has been in charge of the church since 1987.

Okotie was born in Ethiope-West, Delta State, to Francis Idje and Cecilia Okotie (then Bendel State). He had always enjoyed singing as a child.
He was a member of the school’s Music Club while in high school at Edo College in Benin City, and he frequently entertained groups of people. He didn’t consider commercializing his talent until his father died in his first year of university.

Chris Okotie has been one of the richest Nigerian pastors for years and he has an evaluated net worth of $5 million.

He went to Edo College in Benin City for secondary school. He earned a law degree from the University of Nigeria in Nsukka in 1984.
Okotie went to Grace Fellowship Bible School in Tulsa, Oklahoma, and founded the Household of God Ministry shortly after.

In the 1980s, Pastor Okotie rose to prominence as a prominent pop performer. He discovered the light, accepted the bible, and established the Household of God Church, one of Nigeria’s most colorful congregations.

His 5,000-member congregation is primarily made up of Nollywood stars, musicians, and members of society.

After being schemed out of the National Democratic Party (NDP) primaries, Okotie campaigned for President under the banner of the Justice Party (JP), sponsored by Ralph Obiorah; he lost to Olusegun Obasanjo in the May 2003 elections.

In 2007, he ran again on the platform of the Fresh Democratic Party, FRESH, which he created, and lost to Umaru Yar’Adua in the May 2007 elections.

Then, in 2011, he stood for President and lost to Goodluck Jonathan.

Chris Okotie married twice and announced he has separated from his second wife on June 24, 2012.