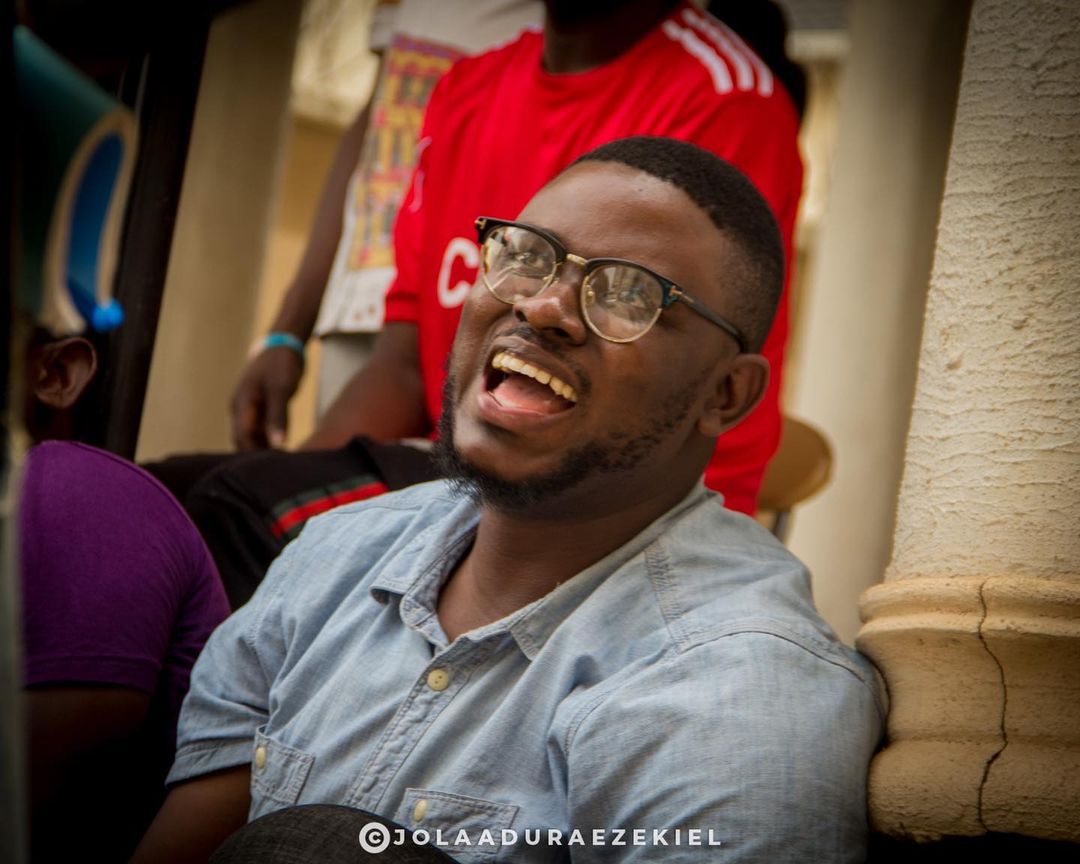 Damilola Mike Bamiloye is the first son of Evangelist Mike Bamiloye and Gloria Bamiloye and also doubles as the first child of the Drama evangelist and minister. From a young age, Dammy as he is also called featured in various Mount Zion Movies dating from the late 90s to the early 2000s. Some of these movies where Damilola Mike  Bamiloye featured in include; Storms of Life (2001) Enemies of my Soul (2003) etc.

Factboyz will be taking  look at Damilola Mike Bamiloye’s biography, his net worth, wife, children, educational background and many more!

Damilola Mike-Bamiloye was born on the 16th of September 1989 to Godfearing Christian Drama Evangelists Mike and Gloria Bamiloye. He was born in Ilesa Osun state and had a good chunk of his early childhood growing up in the city of Ibadan in Oyo state Nigeria. Damilola Mike Bamiloye was thoroughly groomed in the Christian faith and the ways of the Lord as this evidently showed as year went by.

In an interview, Damilola Mike Bamiloye admitted that at a time in his childhood and teenage days, he struggled to obey his parents and often found himself being unruly and stubborn atimes, but God arrested him and changed his life forever. Damilola Mike Bamiloye admitted he became born again at a very young age; most probably in his teenage years when he gave his life to Christ.

Damilola Mike Bamiloye featured in various Mount Zion movies in his childhood days which dates back to the late 90s and early 2000s; hence movie production is something he literarily grew up with as his father spearheaded the Christian Drama Revival in Nigeria in the 90s with movies such as Agbara Nla and Story of My Life to name a few.

Damilola played his first major role in a Mount Zion Movie when he featured in the movie Youthful Lust which hit the market in 2005. He also wrote the movie. In that movie, Damilola Mike Bamiloye played the role of a youth who was enticed by bad friends to follow the ways of the world, but resisted the temptation; but his other friend Marshall was lured to deception and finally ended badly. The 2005 Mount Zion Movie Youthful Lust was a hit amongst secondary school students all across Nigeria; it did make an impact.

At the moment, Damilola is spearheading a lot of Mount Zion Movie projects with movies such as Abattoir, The Train, Land of Fury, Shadows of Death etc. He was involed in the direction of these movies and of course some were supervised by his father Evangelist Mike Bamiloye especially Shadows of Death.

With the aid of his very talented brother Joshua, they created a modern Mount Zion general theme with good movie cover graphics design, inspiring movie theme music, sharing Mount Zion Movies on social media platforms and may other innovations they introduced to Mount Zion Movies. Of course we cannot fail to mention that this was a possibility because a host of other Mount Zion Youths made their own impact.

The movie The Train, also co-directed with Femi Akintunde and Joseph Adepoju was a massive hit as it trended on YouTube for two weeks straight after it was released on the platform. The movie the train also saw Damilola’s YouTube subscribers grow in their thousands.

As at the moment Factboyz is typing this, the movie has over 2 million views and of course counting. The movie was released in 2020.

Damilola Mike Bamiloye also released a series Abattoir in his YouTube channel which has indeed been a blessing to millions. The movie details the challenges New converts can face when they become Christians, and problems that arise from the spiritual Dark world. The movie teaches prayers and trust and faith in God to overcome and totally denounce the wiles of the devil.

Damilola Mike Bamiloye met Emmanuella (Ella) Mike Bamiloye in the Mount Zion Drama Institute in Ibadan where Emmanuella came to study and learn the art of ministering to God in Drama. Damilola was Ella’s teacher in one of the courses and they went along well.

Damilola and Emmanuella Mike Bamiloye welcolmed a bouncing baby girl and daughter who they named Gloria, Praise, OluwaSemilogo, OluwaTumininu, OluwaSeyifunmi, Deborah, Osayuware, OluwaDamilare (Yea she has all these names!)

Damilola Mike Bamiloye studied in Bowen University where he is a graduate of Mass Communication. He did his National Youth Service Corps (NYSC) in Imo state in 2012.

Damilola can be contacted via these platofrms;