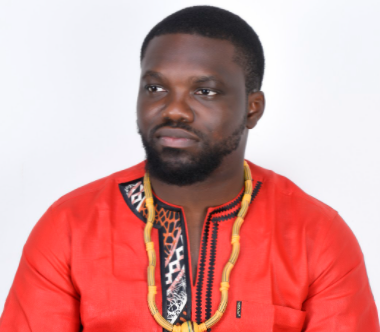 David Hundeyin is a Nigerian Freelance journalist who operates on his own and gathers reliable, well researched facts and information which he shares to his thousands of followers and readers. David Hundeyin has worked with various News outlets and online platforms where rare, insightful information are shared and read. His work spans across various reputable media firms of both local (Nigeria) and international print and broadcast platforms including The Africa Report, CNN Africa, Channels Television, Business Day, PlusTV Africa and Yahoo Finance.

David Hundeyin began his career with Business Consulting and Marketing before he delved into writing. His writing has amassed a huge following and readership because of it’s detailed nature, accurate reportage and professionalism. He is also the founding voice and brain behind ‘The Other News’ which was Nigeria’s first prime time political satire TV show with nearly 2 million weekly viewership. David is fully involved with his journalism and is currently working with NewsWireNGR where has been working as a Freelance journalist since August 2019.

David Hundeyin is very much involved in investigative stories that are known to break the net when released or revealed. His work has been highly influential in bringing important stories to light and has helped in influencing legislative and judicial outcomes that are for the general good.

His account of illegal raids and intimidation of suspected sex workers in Abuja was cited in a landmark Federal High Court ruling in November 2019, effectively decriminalizing sex work in Nigeria’s capital city.

In May 2020, Hundeyin took time to look into Nigeria’s proposed Quarantine Act and publicly revealed that the bill was 98% plagiarised from a 1978 Singaporean bill. His revelation exposed the government who were surprised at the apt revelation by the Freelance Journalist. David noted that the Act was rife with unconstitutional clauses. This story was central to the bill being referred to a public hearing, after which it was dropped from consideration. In February 2021, Hundeyin was awarded the People Journalism Prize for Africa 2020 in recognition of his work on this story.

In 2018, David was nominated by the US State Department for the 2019 Edward Murrow program for journalists under the International Visitors Leadership Program. (IVLP)
In 2021, he received the People Journalist for Informed Community 2020 Award, which he received in 2021. David Hundeyin won the award for his report about the Nigerian House of Representatives debating the Infectious Diseases Bill during the COVID-19 lockdown.