Don Jazzy Net worth - What is Don Jazzy Worth? - Factboyz.com 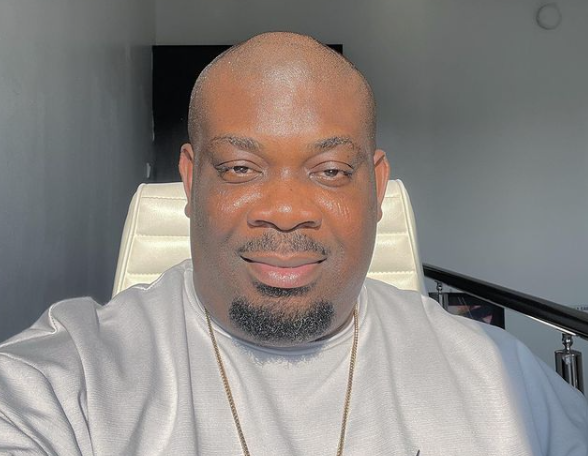 Don Jazzy Net worth – What is Don Jazzy Worth?

Don Jazzy Net worth – Don Jazzy has an estimated net worth of $20 million. He is one of the biggest music producers in Africa and owns one of the largest record labels in Nigeria. Don Jazzy has a very strong influence in the Nigerian music scene and has helped to make out music stars out of his music signings.

Don Jazzy Wiki/Bio – Don Jazzy (born November 26, 1982) is a Nigerian record producer, audio engineer, record executive, singer, songwriter, entrepreneur, and philanthropist. His real name is Michael Collins. Mavin Records was founded by him and he is the CEO. Don Jazzy and Dbanj were co-owners of the defunct Mo’ Hits Records record company.

Don Jazzy Early Life and Background – Don Jazzy, whose real name is Micheal Collins Ajereh, was born on November 26, 1982, in Umuahia, Abia State.
Collins Enebeli Ajereh and Mrs Ajereh are his parents. His father is from the Delta State town of Isoko. His mother is an Abia state Igbo princess, and his father is an Isoko tribe member. D’prince is Don Jazzy’s younger brother (Charles Enebeli). Don Jazzy’s family relocated to Ajegunle, Lagos, where he grew up.

Don Jazzy Career – Don Jazzy developed an early interest in music and began playing the bass guitar and piano at the age of 12. In addition, he learned how to play traditional and percussion instruments.

Jazzy’s uncle encouraged him to play drums for a local church in London in 2000, and it was his first trip to the city.

Don Jazzy got a job as a security guard at McDonald’s. He kept his musical passion alive by hanging out with Solek, JJC, Kas, Jesse Jagz, The 419 Squad, and D’Banj.

Mo’ Hits Records was founded by Don Jazzy and D’Banj in 2004. Don Jazzy produced the albums No Long Thing and Rundown/Funk You Up during the next two years.

Don Jazzy was credited in the production of D’Banj’s The Entertainer in 2008. He also helped to produce Wande Coal’s Mushin 2 MoHits, which has been dubbed “one of the best albums to ever come out of Nigeria.”

Don Jazzy did not claim to be a vocalist, but he would provide backing vocals for musicians he produced. D’Banj, Sauce Kid, Dr SID, Ikechukwu, Kween, D’Prince, and Jay-Z all have vocals in these performances. On Kanye West’s Watch The Throne album, Don Jazzy delivered vocals for the song Lift Off with Beyoncé.

Kanye West hired Don Jazzy as a producer at Very Good Beatz in 2011. Lift Off, starring Beyoncé, was produced by Don Jazzy in collaboration with Jay-Z and Kanye West for the album Watch The Throne, which was released on August 8, 2011.

Don Jazzy and D’Banj announced their breakup in March 2012, claiming artistic disagreements as the reason.

Don Jazzy unveiled his new record company, Mavin Records, on May 7, 2012. “I envisage Mavin Records being the powerhouse of African music in the quickest possible time,” he stated.

He released an album including musicians connected to his label on May 8, 2012. Amarachi, Forever, Oma Ga, Take Banana and Chocolate, YOLO, and the anthem I’m an MAVIN were among the album’s songs. Tiwa Savage was signed to Mavin Records. To support and sell his label, Don Jazzy created the “Marvin League” social networking site.

Don Jazzy had a falling out with an artist named Wande Coal on November 5, 2013, and he quit the label two days later.

In September 2014, Don Jazzy collaborated with Reekado Banks and Di’Ja on the song Arise, a Nigerian social activist song.

Don Jazzy fought with Olamide at the 2015 Headies Awards. They couldn’t agree on who should have received the “Next Rated” accolade. Reekado Banks, Don Jazzy’s artist, defeated Lil Kesh of YBNL Records. The prize included an automobile for the winner. Following that, both parties issued public apologies.

Following Reekado Banks’ departure from Mavin Records, Don Jazzy stated that he is still a part of the family and wished him all the best in his career while thanking him for his time with the company.

Don Jazzy made his Nollywood debut in Moses Inwang’s film The Last 3 Digits in 2012. Ali Baba, A.Y., Nonso Diobi, and Dr SID were also cast by Inwang. Don Jazzy Net worth – What is Don Jazzy Worth?

Don Jazzy Wife – In 2003, Don Jazzy married Michelle Jackson. He claims they had problems because of his ambitious personality, and they divorced two years after they married. However, he has no plans to marry again anytime soon since he is afraid that his passion for music would once again harm someone’s feelings.