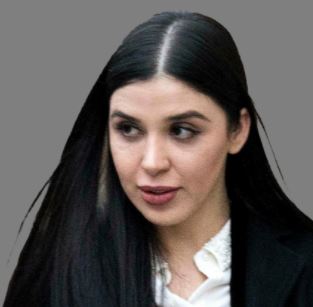 Emma Coronel Aispuro (born July 3, 1989) is a former adolescent beauty queen from the United States. She is well known for being the wife of Joaqun “El Chapo” Guzmán, the most wanted drug lord in Mexico. She was detained in the United States in 2021 and is accused of conspiring to illegally import and distribute drugs.

In Canelas, Durango, Mexico, Coronel competed in the 2007 Coffee and Guava Festival beauty contest. Coronel’s party was held on Three Kings Day, and each competitor was required to host one in honor of her candidacy. Coronel is said to have met Joaqun “El Chapo” Guzmán, who had traveled to Canelas to visit her. Both of them are said to have consented to marry on that particular day.

On February 22, 2021, Coronel was detained at Dulles International Airport for conspiring to illegally import and distribute dangerous substances. Authorities claim she assisted her spouse in escaping from a Mexican prison in 2015, as well as a subsequent second attempt in 2016.

Unnamed sources told Vice News that she had surrendered voluntarily and was seeking a judicial settlement.

El Pais reported on 14 May 2021 that her lawyer had condemned her conditions in Alexandria, claiming that she spent 22 hours a day in a small cell with nothing to do but read.

She waived her right to a preliminary hearing in March 2021.

She pled guilty to federal narcotics trafficking charges in the United States District Court for the District of Columbia on June 10, 2021, as part of a plea deal. Her sentencing date has been set for September 15, 2021.

Coronel was being imprisoned without bail as of June 2021.

Coronel came to Lancaster, California, in the summer of 2011 to give birth to twin girls at Antelope Valley Hospital. Because the US Department of State was announcing a $5 million reward for Guzmán’s capture, his name was omitted from the children’s birth certificates.

Coronel said that her husband’s life was in danger and pleaded for justice on his behalf in a 2016 Telemundo interview with investigative reporter Anabel Hernández.

She and her children attended El Chapo’s trial in New York in 2019. She was at the courtroom practically every day of the trial, as a show of support for her husband, according to the press.