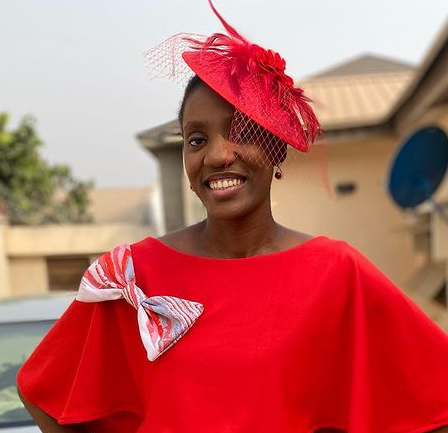 Emmanuella Mike Bamiloye has been a supportive pillar to her husband Damilola Mike Bamiloye as she is now fully into the drama ministry of the organisation; playing her own role and making changes that positively affect the image of the Mount Zion Movie industry.

Here in Factboyz, we will be taking a look as to how a brilliant, young, Edo state Medical Doctor ended up as the loving wife of Damilola Mike Bamiloye. We will be looking at her brief biography (not much is known about her) her age, child and many more.

Emmanuella Mike Bamiloye is a native of Edo state located somewhere in Southern Nigeria. It is a state rich with petroleum, human and capital resources. Emmanuella Mike Bamiloye was probably born in the early 1990s as her exact date of birth has not been fully revealed as at the writing and research on this biography. However, she was born into the family of God fearing parents – The Evbuoma family.

Prior to meeting her husband-to-be, Ella Evbuoma studied Medicine and Surgery in the university where she dealt with the tough medical courses and various medical certifying exams (MBBS) she passed all her medical exams and subsequently became a medical doctor. Before we forget to mention, Emmanuella Mike Bamiloye is a twin who has a twin brother – Emmanuel Evbuoma.

Emmanuella Mike Bamiloye had heard about the Mount Zion Movie Institute in the past (November 2016) through the Mount Zion movie she had watched and through information gathered; but the major impact she had came after she finished watching the Mount Zion movie – The Ignition. This particular movie written and directed by Damilola Mike Bamiloye told a story where a young man was mislead to leave the will of God (fiancee) for another woman who he later started dating and after realizing his foolishness, tried to get back to the first one, but it was already too late for him.

The Ignition movie and the Mount Zion Movie Institute advert in the movie quickly spurred Emmanuella’s spirit to attend the institute. She made up her mind to go and after her final medical exams, she took permission from her parents and set off the journey of faith to Ile-Ife Osun state where the Drama Institute was located. She was poised to become a drama minister and learn under the feet of Evangelist Mike Bamiloye.

Emmanuella Mike Bamiloye has a twin brother whose name is Emmanuel Evbuoma. He studied Petroleum Engineering at Covenant University graduating in 2014.

Emmanuella first met Damilola Mike Bamiloye at the Mount Zion Drama Institute where Damilola was her teacher in one of the various courses the drama institute offered. Emmanuella was very committed in this institute as she sought to hear from God, learn and also make an impact when she finally completes her studies. Emmanuella recalls in one of the interviews that Damilola handled them on a particular course – Youth Evangelism and in that 2 hour lecture she was thoroughly blessed and remembers it was very much impactful.

After the lecture, she felt as though she should talk to Damilola by saying “Hello” but a voice within advised her not to get too excited and she eventually dumped the idea. However, on a fateful day, she pulled up courage and finally said “Hello” and Damilola responded in a jovial manner to which she was excited and glad. Thats the beginning of the romantic journey between Damilola Mike Bamiloye and Emmanuella Mike Bamiloye.