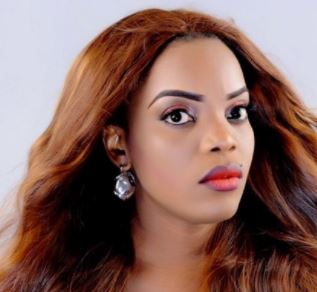 Empress Njamah is a Nigerian actress, TV personality, producer, businesswoman, model, and philanthropist who works in the entertainment industry.
Empress Njamah was born in Njaaba on November 16, 1980. Njaaba is a small community in Imo State’s Oru Local Government Area, in the south-eastern region of the country. Her father is a Nigerian while her mother is Cameroonian.

Empress Njamah has an estimated net worth of $750,000. She made most of her money/income by acting Nollywood movies.

Njamah was born in Nigeria and grew up in Cameroon. She holds an English degree from Olabisi Onabanjo University in Ogun State.

She began acting in 1995 and has been in several Nollywood films. She founded the House of Empress foundation to help children with special needs as part of her business social responsibility. In 2016, the foundation celebrated its tenth anniversary.

Her fame grew after she appeared in the films Missing Angel and Liberian Girl, both of which were released in 2004 and 2006.

Some of the movies she has starred in, include You Broke My Heart, Love of My Life, Extreme Mission, When Love Die, The Pastor and Harlot, Missing Angel, She-Devil, Liberian Girl, and Red Hot.

Empress Njamah is not yet married and does not have a husband yet. She dated Timaya at one point, but the relationship ended once it became a topic of conversation on social media. The couple had been dating since 2008, but their relationship deteriorated in 2009, leading to their split.