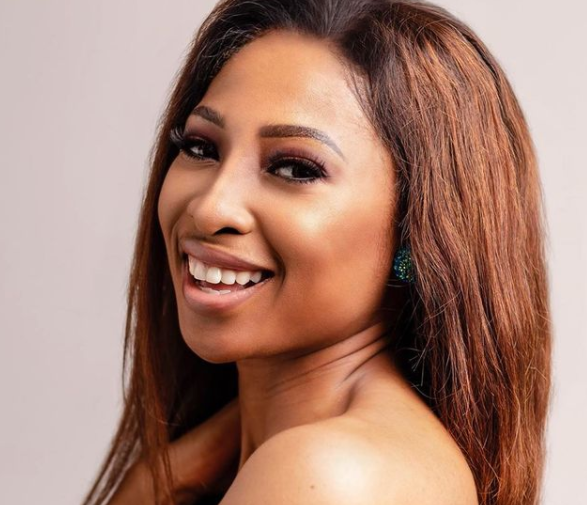 Enhle Mbali Mlotshwa is a South African actress, TV presenter, and fashion designer who was born on March 3, 1988. She is most recognized for her part in Tshisa, a South African television series. The multi-talented beauty is also known for being the wife of singer Black Coffee.

Enhle Mbali has a combined estimated net worth of $15 million. The actress has a number of established businesses to her names, driving income to her earnings as an actress.

Enhle was born in Soweto, South Africa, on March 3, 1988.
Bongi Mlotshwa, a South African award-winning gender violence and equality advocate, is her mother.

Tshisa, a South African television series, gave her her breakout role. Since then, Mlotshwa has been in a number of South African soap operas and drama series, including iNkaba, Moferefere Lenyalong, Soul City, Sokhulu and Partners, Rhythm City, Rockville, and 7de Laan.

Mlotshwa began hosting the Channel O series Young, Gifted, and Black in 2009, and later moved on to host ANN7’s Starbiz, which covered local and international entertainment news. In 2018, she spoke at the Dstv In Good Company Experience, which featured Issa Rae, an American actor and writer.

She was cast as the lead actress in the short film Lace in 2018. For the 48 Hour Film Project in Johannesburg, the film received Best Film, Audience Favorite, Best Actor, Best Writing, Best Directing, and Best Special Effects.

Mlotshwa won an international Best Actress Award for her performance in the film at Filmapalooza 2019 in Orlando, Florida.

Mlotshwa was cast as a supporting character in the sitcom The Herd in 2019.

She went to the University of Johannesburg to study fashion (UJ). After that, Enhle proceeded to Boston to get a degree in filmmaking.

The well-known actress also studied at New York’s Lee Strasberg Theatre and Film Institute. She majored in Performance at the university.

In January 2017, Mbali Mlotshwa married Black Coffee. The two legally registered their union in their hometown. In 2010, Black Coffee and his wife became engaged, and by 2011, the couple celebrated their traditional wedding in Soweto. The couple has two children together.