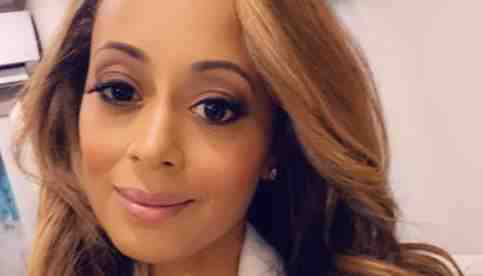 Essence Atkins Net worth – Essence Atkins has a net worth of $5 million. She has built her career for years as a Hollywood actress and has featured in a number of high grossing movies.

Essence Atkins (born February 7, 1972) is an actress and model from the United States. Before landing a regular role on the short-lived first African-American prime-time drama Under One Roof, she began her career in television comedy (CBS, 1995).

Essence Atkins Career – Atkins is best recognized for her appearances in sitcoms on television. She played Tasha Yvette Henderson in the WB sitcom Smart Guy from 1997 to 1999.

In 1986, Atkins made her acting debut as a teen guest star on the NBC sitcom The Cosby Show.

She spent the next few years in guest appearances on sitcoms like Family Matters until getting a co-starring role in the short-lived first African-American prime-time soap opera Under One Roof in 1995, opposite James Earl Jones and Vanessa Bell Calloway.

She co-starred in the NBC adolescent soap opera Malibu Shores alongside Keri Russell the following year. In 1993, she appeared in the Saved by the Bell spin-off Saved by the Bell: The College Years, which was one of her television roles. Atkins had an appearance in the pilot, but her character was written out when Tiffani-Amber Thiessen, a regular from the first season, decided to return.

From 1997 to 1999, Atkins played Tasha Yvette Henderson, the older sister in the WB sitcom Smart Guy. She played Dee Dee Thorne, her half-sister, in the UPN sitcom Half & Half with Rachel True from 2002 to 2006.

In 2019, Atkins was cast in a leading role opposite Robin Givens in the Oprah Winfrey Network drama series Ambitions.

Essence Atkins Husband – Atkins married Jaime Mendez, a Puerto Rican collegiate football free safety, in September 2009. They met on Valentine’s Day 2008 through Match.com, an online dating site. During the reception, her Half and Half co-star Valarie Pettiford performed.

The couple revealed they were expecting their first child together on Twitter on August 9, 2011. In December 2011, Essence gave birth to their son.