Everyone Else Died But This Teenager Survived Alone in Amazon Forest After Plane Crash - Factboyz.com 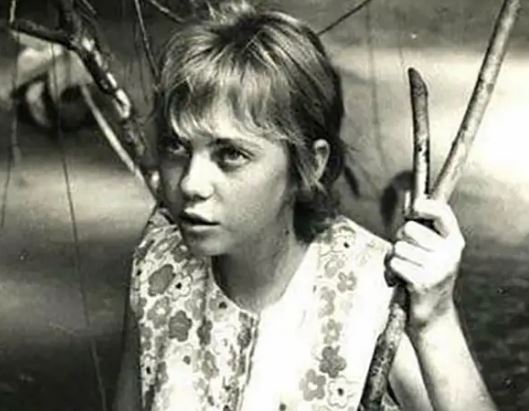 Juliane Koepcke, a 17 year old teenager was in a commercial plane with her mother, when suddenly, the plane was hit by lightning, which severely damaged the plane causing it to crash in the Amazon. This is the story of how Juilane was able to survive in the Amazon jungle where the plane crashed all alone for a week and a half. It is on record that she survived a two-mile fall while the plane crashed.

It happened on Christmas eve 1971, 17 year old Juliana and her mum boarded a LANSA Flight 508 from Lima to Pucallma in Peru but as the plane passed the thick Amazon forest in the peruvian side of the forest, the plane was struck by lightning and suddenly broke apart midair! The extent of impact made by this lightening was so devastating and disastrous that it killed every person on board.

According to Juliana, the 17 year old sole survivor, the plane experienced a heavy turbulence midair as Christmas gifts, parcels and cards flew around. Passengers on the ill-fated flight began to scream, cry and pray as the plane nosedived. Juliane’s mum sat calmly saying, “That is the end, it’s all over.” Juliane recalled that those words would become the last she ever heard from her mum.

When her eyes opened, she quickly recalled the last moments in the plane which was basically chaos and she quickly realized she survived the plane crash. Getting up, she saw she had sustained some bruises but that didn’t worry her much; she was concerned about her mother who sat very close to her on the plane. She searched and searched and found nothing but other passengers lying helpless and dead. She gave up her search after seeing so many lifeless people. Juliane was short-sighted and wore glasses, but she couldnt find them anywhere and her vision was greatly affected.

Her survival from the plane crash was a miracle and she was lucky to survive but what would her fate be in the thick Amazonian forest filled with very dangerous reptiles and insects? She looked around and saw no sign of civilisation and the struggle to survive began.

It suddenly dawned on her that being the lone survivor of a plane crash was not just all needed to stay alive but surviving and conquering the thick forest. She had already sustained some injuries and bruises and she really needed something to eat. She opened a bag and found some candy which she hurriedly ate, making calculations in her head on how best to get help. That candy sustained her for 10 days!

She ventured further into the forest with hopes of getting help but all she could hear was the rustling leaves of trees, the chirping of beds and the noise by insects.

On the 10th day I couldn’t stand properly and I drifted along the edge of a larger river I had found. I felt so lonely, like I was in a parallel universe far away from any human being.

I thought I was hallucinating when I saw a really large boat. When I went to touch it and realised it was real, it was like an adrenaline shot.

But [then I saw] there was a small path into the jungle where I found a hut with a palm leaf roof, an outboard motor and a litre of gasoline.

I had a wound on my upper right arm. It was infested with maggots about one centimetre long. I remembered our dog had the same infection and my father had put kerosene in it, so I sucked the gasoline out and put it into the wound.

The pain was intense as the maggots tried to get further into the wound. I pulled out about 30 maggots and was very proud of myself. I decided to spend the night there.

When the men saw her, they were surprised to see a rough looking teenager in the middle of a forest and no one signalled them to stopped talking. Being highly superstitious, they thought I was a kind of water goddess – more like a mermaid.

ALSO READ  Who Should I Marry? By Nnaji Gloria Ebere

Juliane spoke in Spanish and explained what had happened. She was treated of her wounds and given something to eat.

The next she was taken back to civilisation.

The next day after that, she was able to see her father. Her father was so shocked he could barely talk as she held his hands

For the next few days, he took it upon himself and as a responsibility to  search for Juilane’s mum. On 12 January 1971, her body was found.

It was discovered her mum survived too, but was unable to move for days before she finally gave up the ghost.

Juliane moved to Germany, where she fully recovered from her injuries. Just like her parents, she studied biology at the University of Kiel where she graduated in 1980. Her survival story now features in a book, movie and documentary.

How To Scare Armed Robbers Away During This Lockdown [It Works!]

10 Facts About Samoyed Dogs You Should Know