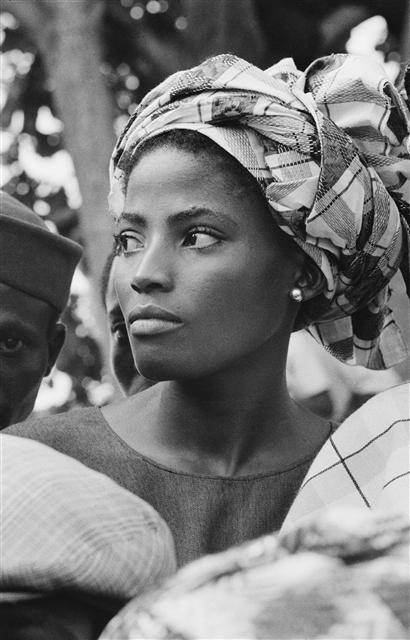 Dressing in Nigeria amongst women is slightly complicated. This is because most women who dress in the country identify with their tribes and ethnic group. Nigeria is a large, diverse country which makeup 250+ ethnic group though predominant by these major three; Hausa, Igbo and Yoruba. Dressing is a value that identifies who we are and speaks volumes about our identity. From the early beginnings of Nigeria during the precolonial times, dressing has evolved from very simple designs that barely cover nakedness to complex designs that began probably in the 1930s.

Fulani Woman and her child
1930s

A Yoruba woman weaves native cloth on a traditional hand-loom The cloth was woven from locally-grown cotton and dyed by local methods. Before the Second World War, production was steadily declining due to cheap imports from Europe and elsewhere, but wartime restrictions led to a revival in the local product.
South West Nigeria
March 1945.

Wedding Ceremony among the Qua people in Calabar; female relatives accompanying the bride. 1951

The photograph depicts Yoruba women with tribal marks. This photograph was taken by Eliot Elisofon in 1973.

Practicing to be a mother!!
A young girl and her brother
1970

Coloured Photographs From Across History (photos)

Inside The World Of Amazing Nigerian Comics