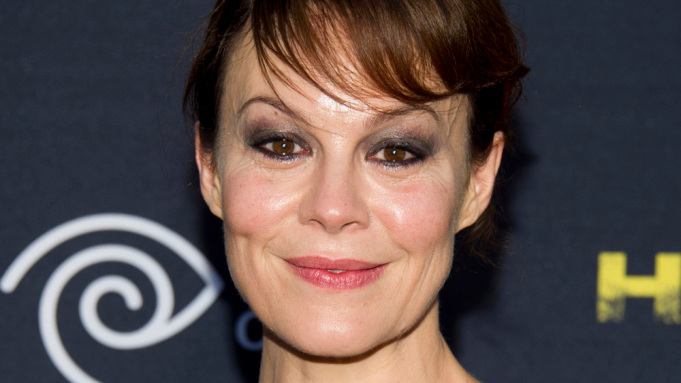 Helen Mccrory is a very much talented British actress who has starred in a number of good movies and television series. Helen Elizabeth McCrory, OBE was born on August 17, 1968 in London, England. She is of Welsh and Scottish origins. She made her stage debut in The Importance of Being Earnest in 1990, after training at the Drama Centre in London. In the West End, she has played Lady Macbeth in Shakespeare’s Globe production of Macbeth, Olivia in Twelfth Night, and Rosalind in As You Like It.

She has also portrayed as various characters in movies such as the Peaky Blinders, James Bond film Skyfall and a host of others.

Helen McCrory was born in London’s Paddington district on the 17th of August 1968. Ann (née Morgans), her mum, is Welsh, and her father, Iain McCrory (born 29 March 1940), is a diplomat from Glasgow; they married in 1974. She was the oldest of three siblings.

She attended Queenswood School in Hatfield, Hertfordshire, and then spent a year in Italy. When she returned to the United Kingdom, she enrolled in acting classes at the Drama Centre in London.

Helen Mcrory’s exciting career in the movie industry began way back in 1993; more than 25 years ago. McCrory secured third place in the Ian Charleson Awards for her role as Rose Trelawny in Trelawny of the ‘Wells’ at the National Theatre in 1993. She was nominated for a London Evening Standard Theatre Award for Best Actress in 2002 for her performance as Elena in Chekhov’s Uncle Vanya at the Donmar Warehouse. She was later nominated for a Laurence Olivier Theatre Award in 2006 for her performance as Rosalind in the West End production of As You Like It. In April 2008, she played Rebecca West in a revival of Ibsen’s Rosmersholm at London’s Almeida Theatre.

She starred as Barbara Villiers, Countess of Castlemaine in Charles II: The Power and The Passion (2003), and in supporting roles in Interview with the Vampire (1994), Charlotte Gray (2001), The Count of Monte Cristo (2002), and Casanova (2003). (2005). She played Cherie Blair in The Queen (2006), a part she reprised in Peter Morgan’s follow-up The Special Relationship (2010).
In 2018, McCrory spoke at the dedication of a statue of suffragette Millicent Fawcett in London’s Parliament Square.

McCrory narrated poetry for Allie Byrne Esiri’s The Love Book App, an immersive anthology of love literature, in 2013. 14] Formalized paraphrase In 2013, she returned to the Little Angel Theatre as Lady Macbeth in Macbeth. The next year, she began playing Polly Gray in Peaky Blinders. [8] Formalized paraphrase

McCrory starred as Medea in Carrie Cracknell’s revival of Medea at the National Theatre in 2014. McCrory has appeared as a guest star on the TV show Penny Dreadful in 2014. She returned to the show as a character for the second season, playing the main antagonist. [7] Formalized paraphrase [8] Formalized paraphrase

McCrory was announced in August 2016 to play Emma Banville in the ITV drama series Fearless, which premiered in June 2017.

McCrory married actor Damian Lewis on July 4, 2007, and the couple has a daughter named Manon and a son named Gulliver. Their primary residence was in Tufnell Park, North London, and they had a second near Sudbury, Suffolk.
McCrory was an honorary patron of the children’s charity Scene & Heard in London. During the COVID-19 pandemic, she and her husband funded Feed NHS, a scheme that provided food from high-end restaurants to NHS employees, and by early April of that year, they had raised £1 million for the charity.

In the 2017 New Year Honours, she was appointed an Officer of the Order of the British Empire (OBE) for her contributions to drama.

McCrory battled cancer for a long time and put up a valiant fight to end the disease. Sadly, she died of cancer on April 16, 2021, at the age of 52, at her home in London. Damian Lewis, her husband, announced her death on Twitter, saying she died “peacefully at home, surrounded by a surge of love from friends and relatives.”