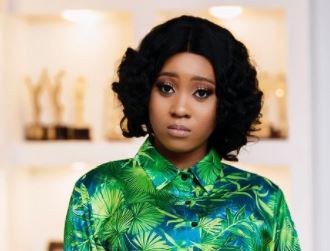 Jackline Mensah (born May 24, 2002) is a Ghanaian actress and social media celebrity. She is well-known for her hilarious TikTok and Instagram posts. With her talent, the 19-year-old senior high school student in her final year has risen to become unquestionably Ghana’s best TikTok video producer. According to the social media comedian, she first learned about TikTok in March 2019 and decided to give it a shot.

Jackline was born on May 24, 2002 and grew up with her grandmother in Ghana. She can speak influently Twi, Ga, Fante and of course the English language.

Jackline Mensah is a budding actress who is well-known in Ghana. Her ambition is to become a Hollywood celebrity. She’s also on the right track, as she’s set to star in a film directed by Filfi Coleman. She will be seen in the film alongside top Ghanaian comedians such as Clemente Suarez.

Many people have dubbed her the “Queen Of TikTok” due to her fame on TikTok.

Love Letter is one of Jackline Mensah’s most successful albums, with millions of downloads and a high demand. She has over 900k followers on TikTok.

She recently signed a contract with Fiifi Coleman to appear in a comedy-drama alongside Clemente Suarez and other Ghanaian comedians.