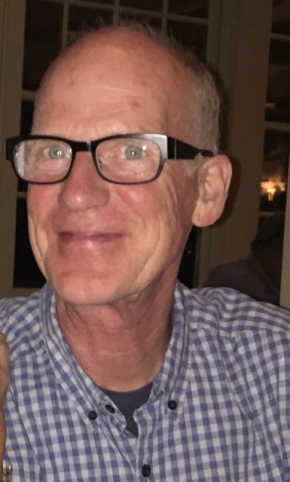 Jery Hewitt was a veteran stunt coordinator and actor from the United States. He was most known for his work on films by the Coen Brothers, such as The Big Lebowski and No Country for Old Men. In addition, he has appeared on Wolf Entertainment programs such as Law & Order.

Jery’s film and television career spanned four decades and included thousands of credits. He was one of the most well-known stunt coordinators in the industry and a true legend in the film world, having worked with Oscar winners such as Joel and Ethan Coen, Jodie Foster, and Mike Nichols.

He had a knack for making items fall into place in a smooth and mystical manner. His laser-like emphasis on detail assured the wellbeing of everyone he worked with and enabled the moment’s accuracy to be maintained.

Jery Hewitt was born on the 6th of March 1949, in Brooklyn, United States. He lived in Queens before he relocated to Warwick in 1980. Jery was the step-son of Vally Richter-Addo Hewitt and the late Harry Jefferson Hewitt and Marjorie Potts Hewitt.

Jery earned a degree in Food Science from the State University of New York at Farmingdale, which launched his dedication to becoming environmentally aware in the use of natural energy long before it was well known and utilised. This also greatly motivated him to create his home in the Hamlet of Edenville, Warwick, New York, with the help of relatives and close friends.

Jery Hewitt has had an amazing career in the movie and film industry where he contributed significantly for the growth of the industry. As a legendary stunt coordinator and stunt man he worked extensively in various movie projects which turned out to be great successes.

In the cult classic The Warriors, he landed his first feature film appearance as the chief of the “Baseball Furies” gang in 1979.

The Bourne Ultimatum (2007), The Warriors (1979), School of Rock, The Sopranos, Reign Over Me, The Birdcage, The Manchurian Candidate, Tower Heist, and Angels in America are among Hewitt’s other arranging credits. Independence Day (1996), Ghostbusters II, Scent of a Woman, and Coyote Ugly were among the films in which he performed stunts.

Jery Hewitt is married to Jennifer Lamb Hewitt and they had 6 children together though two (Steven and Peter) died before him.

Jery sadly passed away on the November 22nd 2020 after suffering a stroke. He is survived by his wife; children Harry, Kevin, Sam and Molly; his brother Don and Don’s wife, Mary; and many nieces, nephews and extended family.