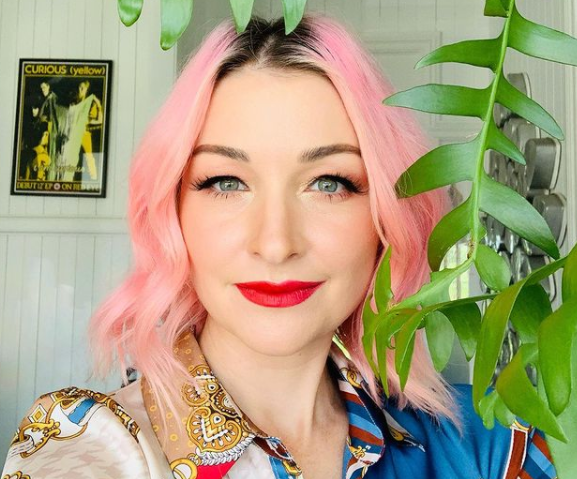 Kate Miller-Heidke Biography – Kate Miller-Heidke is an Australian singer-songwriter and actor who was born on November 16, 1981. “The Last Day on Earth” (July 2009) was her most popular track, reaching No. 3 on the ARIA Singles Chart after being included in commercials for the TV show Neighbours earlier that year. Miller-Heidke has been nominated for the ARIA Music Awards 17 times.

She has recorded four albums in Australia, all of which have gone multi-platinum and have repeatedly charted in the top ten album and singles charts. Her album O Vertigo! arrived at number four on the Australian album charts, set Australian crowdfunding records, and received an ARIA nomination. Nightflight, which reached number two on the ARIA chart, and Curiouser, which went double platinum in Australia and yielded the multi-platinum hits “Last Day On Earth” and “Caught In The Crowd,” are among her past albums. For her song “Caught in the Crowd,” she became the first Australian to win the Grand Prize in the International Songwriting Competition in 2009.

Kate Melinda Miller-Heidke was born in Gladstone Queensland, Australia on November 16, 1981.
Jenny Miller, her mother, was a ballet dancer before becoming a dance teacher, and Greg Heidke, her father, is a high school principal. She has two brothers and sisters.

Miller-Heidke went to Kelvin Grove State College for two years, Brigidine College, Indooroopilly for one year, and St Aidan’s Anglican Girls’ School for one year before graduating in 1998.

Miller-Heidke was a member of many Brisbane alternative pop bands as a college student starting in 2000. Elsewhere, an acoustic pop/folk band that formed in 2000 and issued a self-titled extended play of original songs before disbanding in 2003, had her as lead vocalist and songwriter. She started her solo career in 2003 after briefly playing keyboards in Pete Murray’s backup band.

Pearly Black, Margret RoadKnight, Jenny Morris, and Chrissy Amphlett were among the performers at the yearly event Women in Voice, which she attended three times: in 2002, 2004 and 2005.

As a result of these performances, Miller-Heidke became well-known in Brisbane, and her performance in Women in Voice 14 in 2005 earned her the Helpmann Award for Best Performance in an Australian Contemporary Concert.

“The young [Miller-Heidke] lifted the bar with a funny version of David Byrne’s ‘Psycho Killer,’ part Peter Sellers and half mock-opera,” wrote John Shand of The Sydney Morning Herald.

Miller-Heidke released her first EP, Telegram, in June 2004. It had seven songs, five of which were written or co-written by the vocalist and two by her then-boyfriend, Keir Nuttall.

She signed with EMI Music Australia and at the Harbour Agency, she met her first talent manager, Leanne de Souza, and her first agent, Dorry Kartabani. She subsequently embarked on an Australian tour with her band.

She toured Australia and performed at festivals in Woodford, Port Fairy, and the Blue Mountains, where she was voted Queen of the Woodford Folk Festival in 2002–2003. The artist has been on TV series such as RocKwiz, Spicks and Specks, and Q&A as a guest panelist. She’s appeared on ABC TV’s The Sideshow and Q&A, Network Ten’s Rove and Good News Week, Seven Network’s Sunrise and The Morning Show, and the ARIA Music Awards’ live broadcasts.

Circular Breathing, a six-track EP by Miller-Heidke, was released in May 2006 by Waterbear Records/Sony BMG.

Curiouser, Miller-second Heidke’s album, was released on October 18, 2008, and was recorded in Los Angeles. The songs were largely written over the course of two months with Nuttall, a creative collaborator and now-husband.

With “Zero Gravity” at Eurovision – Australia Decides in early 2019, Miller-Heidke was one of 10 candidates to represent Australia in the Eurovision Song Contest 2019.

Kate Miller-Heidke Husband – Kate Miller-Heidke’s husband is Keir Nuttall. In the early 2000s, she began dating Keir Nuttall, the band’s main vocalist and guitarist, while they were both students at Queensland Conservatorium of Music. By 2003, Nuttall and his band, Transport, had joined her supporting band. In addition to songwriting, Nuttall has worked on side projects and as a record producer. The pair married in November 2007 and welcomed their first kid in 2016.