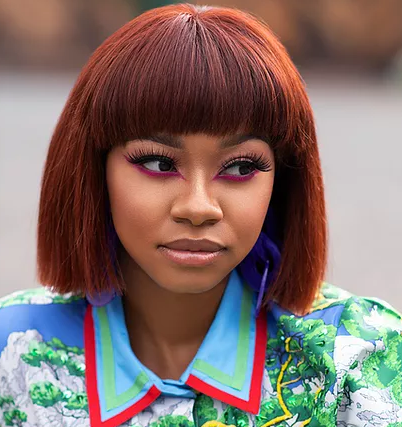 Larona Moagi is a South African actress who is best known for her role as Tumi (Itumeleng Mokoena) in the television series The River. In the soap opera, she is a strong young woman who refuses to be silenced as elders get greedy. So far, this is her first and only appearance on television.

Larona Mogai was born on the 19th of March 1997 in Protea North and raised there. Since high school, she has had a love for acting, and it has improved her life. Her only experience in theater is by acting in high school productions. She said,

“I’ve always been fascinated by the entertainment industry, especially acting. I suppose the world was on my side because I took a risk and told myself, “Let me try this,” and to my surprise, I got it.”

Later, she relocated to Johannesburg, where her visions are now coming true.

Larona Moagi graduated from Protea High School in 2016. In 2017, she couldn’t decide whether to study drama or law at Wits University. She then took up drama, but after two weeks she was bored and switched to law.

Being a law student and shooting The River would take a lot of balance, and Larona seems to have it under control right now. Larona obtained her law degree from Wits University. This great academic achievement has now set her on a pedestal to achieve more things.

Larona Moagi Role in The Rivers

Larona Moagi played the role of Tumi (Itumeleng Mokoena) in the series The River. See what she said when she auditioned for the TV series;

Larona Moagi is still single and does not have a boyfriend yet. Larona keeps her intimate relationships private, and she hasn’t announced who her boyfriend is yet.

Why Larona Moagi Left The Rivers?

The star, Larona who played the feisty Itumeleng Mokoena on the Mzansi Magic soapie The Rivers, left the show after season three. Larona said that she collaborated with the most loving and cool creators, such as Phathu Makwarela and Gwydion Beynon. In her words,

“I met directors who’ve been there for me. It was challenging but cool. Tumi is a complex character and having brilliant actors alongside me, made me produce my best work.”