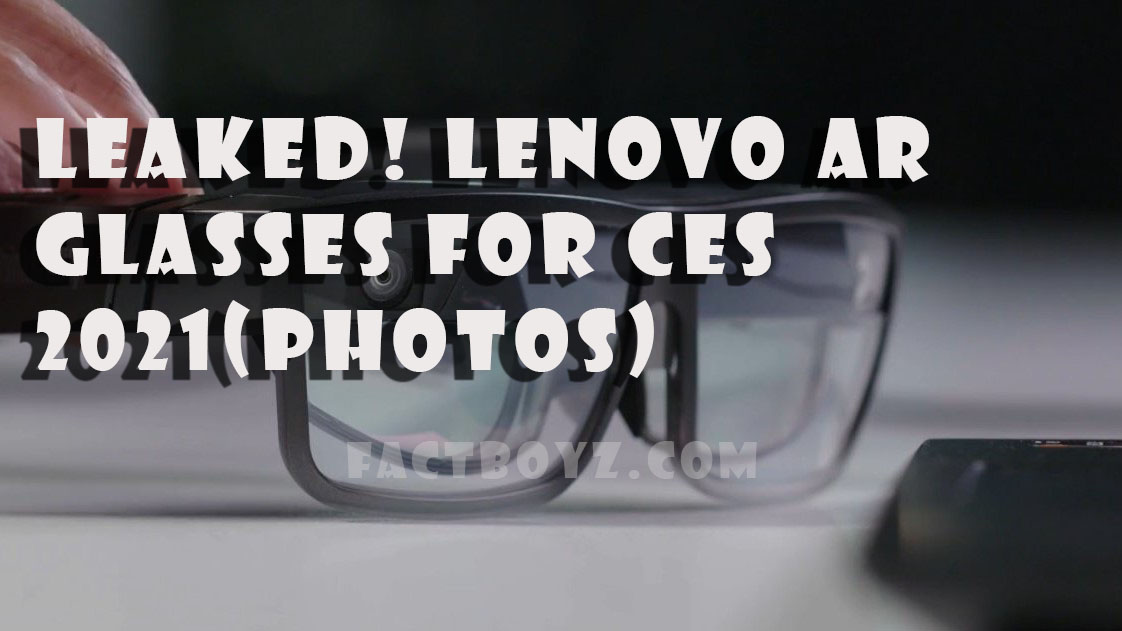 Series of leaked classified, sought after photos of AR glasses have made its way into the hands of AR/VR enthusiasts who believed these were AR assets from Lenovo.

Walking cat also revealed the new AR headset, combined with the Lenovo’s ThinkReality badge, which is its enterprise-focused AR/VR product line. Though the images have not been verified yet as genuine; there are some pretty good features that can be easily identified in these AR glasses. The overall design and general outlook of the AR glasses look impressive and futuristic too.

Roadtovr had these to say concerning the leaked AR glasses in their blog;

The AR glasses appear to be tethered on the left temple, suggesting it could have a dedicated compute unit that users can pocket, such as Magic Leap.

WalkingCat is said to be trusted with leaks that turn out to be true for a couple of years. Right before the official announcement by companies, WalkingCat revealed Oculus Quest 2, HP Reverb G2 and HoloLens. The pictures also featured a closeup of the right end piece sensor, which is likely for simultaneous localization and mapping (SLAM).