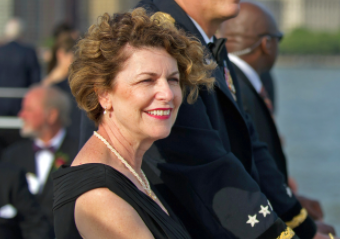 Linda Odierno was born in the United States of America. Not much is known about her early childhood. However, she met and married Raymond T. Odierno in 1976. Their marriage/union has produced 3 children and several grandchildren.

For years, Linda Odierno has been very supportive of her husband who is an American Army general and can often be spotted with him attending occasions, dinners and public events together. For 45 years, they were together and shared in love together even as Raymond lost the battle to Cancer in October, 2021.

Linda Odierno has lived a simple and quiet life; though her husband had seen action in the Gulf War and the Iraq war. In a 2013 photograph, Linda Odierno was spotted interacting with children at a daycare school. She has also been spotted in various photographs online with her husband by her side.