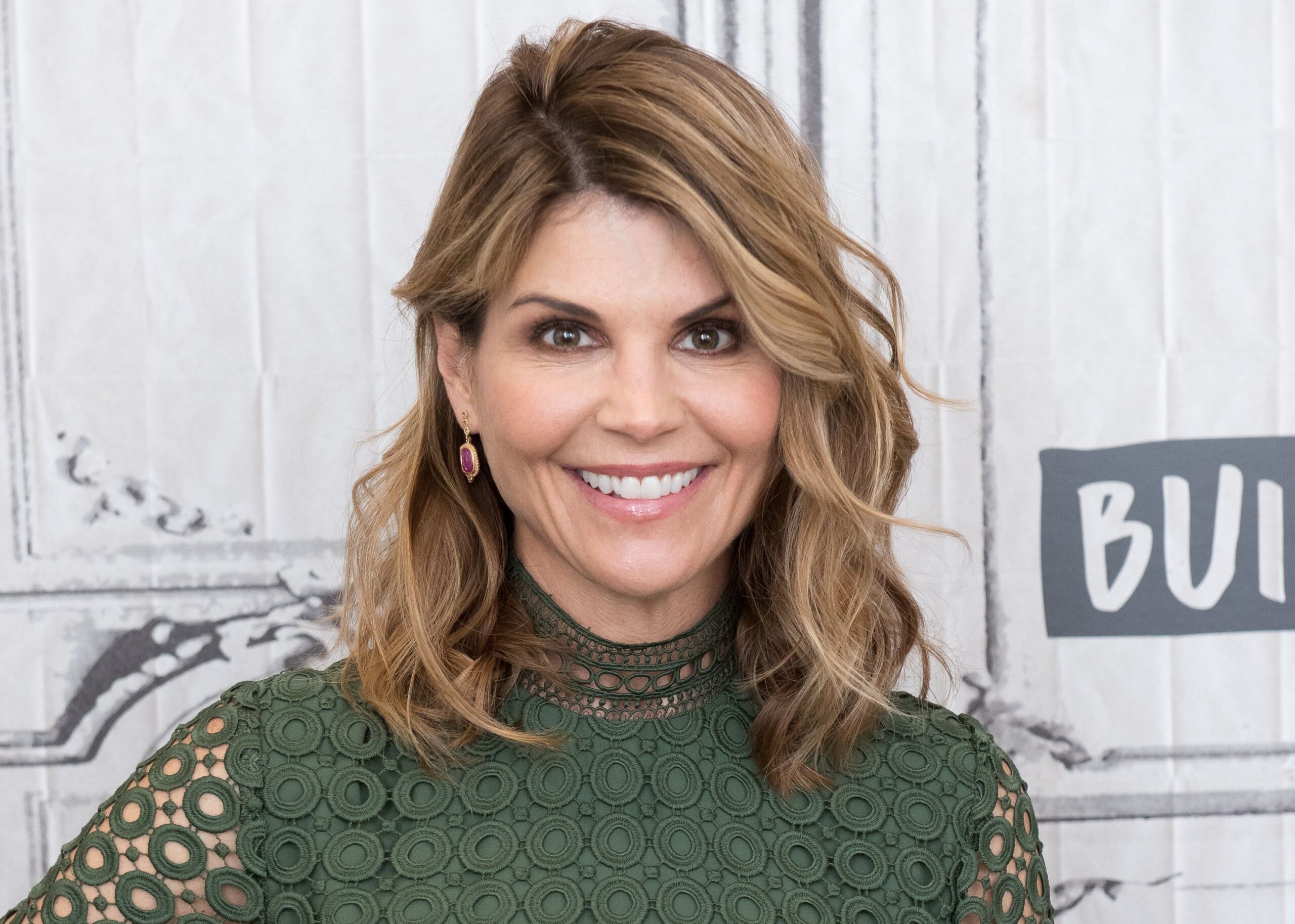 Lori Loughlin is an actress and model from the United States who has appeared in films and television shows. Lori started her career as a model at a young age, appearing in a number of advertisements before breaking into the television and film industries. Her portrayal of Rebecca Donaldson-Katsopolis on the famous ABC sitcom “Full House” is her most memorable performance.

She was only supposed to appear in six episodes of the show, but due to her endearing character and positive critical response, she stayed on for seven years. She has appeared in several Hollywood blockbusters, including “Secret Admirer” and “The Night Before.”

From 1988 to 1995, Loughlin played Rebecca Donaldson, Danny Tanner’s (Bob Saget) co-host and later, Jesse Katsopolis’ (John Stamos) wife, on the ABC sitcom Full House. She was originally scheduled for a six-episode arc, but after proving to be a famous character on the show, she was promoted to a regular. Loughlin co-starred with Tony Danza in the ABC sitcom Hudson Street (1995–96) a few months after Full House ended. After one season, the show was cancelled.

In 1993, she appeared in the television adaptation of Sidney Sheldon’s novel A Stranger in the Mirror, a roman à clef about Groucho Marx and Erin Fleming, in which she played Fleming. In the Line of Duty: Blaze of Glory, she co-starred with Bruce Campbell in 1997. In the Fred Olen Ray-directed thriller Critical Mass, Loughlin starred alongside Treat Williams in 2000. She also appeared in Suddenly Susan, Spin City, Seinfeld, The Drew Carey Show, and the Birds of Prey series as the superhero Black Canary in 2002.

She has won several awards for her outstanding performances and is currently filming the sequel to “Full House,” titled “Fuller House.”

Lori Loughlin was born in Queens, New York City, United States. When she was just one year old, she moved with her parents to Hauppauge, Long Island. Her father worked at the ‘New York Telephone Company’ while her mother was a homemaker. Lori Loughlin graduated from Hauppauge High School after attending Oaks School No. 3 Elementary School in Oceanside, New York.

From a young age, Lori was interested in acting and indeed she proved this by letting everyone in the family know the potential she had in the future with respect to acting. When she was just 11, she became a print model and the journey began for the young star to be. Her father agreed to let her pursue modelling on the condition that she maintain an outstanding academic record and maintain a positive attitude toward life.

My mom had a friend that was going into Manhattan to meet with an agency for modeling. She was taking her teenage daughters in and she asked my mom if I wanted to go along. My mom reluctantly let me go, but I don’t think she ever thought anything would come of it. And I went in and they handed me a contract and said, “We’ll take you.”

She was cast as Jody Travis, an aspiring dancer, in the ABC soap opera The Edge of Night when she was 15, and she appeared in the series from 1980 to 1983. Loughlin starred in over a dozen feature films and television guest appearances between 1983 and 1988.

Lori Loughlin Career As An Actress

From 1988 to 1995, Loughlin played Rebecca Donaldson, Danny Tanner’s (Bob Saget) co-host and later, Jesse Katsopolis’ (John Stamos) wife, on the ABC sitcom Full House. She was originally scheduled for a six-episode arc, but after proving to be a famous character on the show, she was promoted to a regular. 1st Loughlin co-starred with Tony Danza in the ABC sitcom Hudson Street (1995–96) a few months after Full House ended. After one season, the show was cancelled.

Meet My Mom, a television film starring Loughlin, premiered on the Hallmark Channel on Mother’s Day in 2010. (#13) Before being shot in 2019, she appeared in the drama When Calls the Heart and the telefilm series Garage Sale Mystery for the network.

Following a reunion show by Jesse and The Rippers, Loughlin made a brief appearance as Rebecca Donaldson, alongside John Stamos as Jesse Katsopolis, on a July 2013 episode of Late Night with Jimmy Fallon. She has also appeared in several episodes of Fuller House, a sequel to Full House that premiered its first season on Netflix on February 26, 2016.

Lori received huge critical applause for her role as Rebecca in the sitcom ‘Full House’. The show which ran from 1988 to 1995 bagged several awards and has been placed amongst the most popular American shows of all time.

Movies and TV Shows Lori Loughlin Has Starred in;

On March 12, 2019, the FBI and the US Attorney’s Office charged Loughlin and her husband, Giannulli, with fraud and bribery-related crimes in a nationwide college entrance exam cheating scandal. According to the indictment, the couple paid $500,000 to the Key Worldwide Foundation under the pretext of a donation so that the University of Southern California’s (USC) admissions committee would believe their two daughters would join the women’s rowing team, despite the fact that neither had practiced in the sport or had any plans to do so.

As a result, Loughlin’s contract with the Hallmark Channel was terminated on March 14, 2019, and her scenes from season six of When Calls the Heart were edited out. On March 16, Netflix dropped her from Fuller House, and Hewlett-Packard revealed that Loughlin and her daughter Olivia Jade Giannulli would be removed from its ads. While Loughlin’s daughters were able to stay at USC, Olivia Jade Giannulli, a YouTube and Instagram beauty influencer, lost a relationship with Sephora as well as sponsorships for her beauty channel and Instagram posts.

Federal prosecutors announced on October 22, 2019, that Loughlin is facing new charges in the college admissions cheating scandal. Loughlin is also being charged with conspiracy, according to US Attorney Andrew Lelling “to bribe employees of the University of Southern California (USC) to promote their children’s enrolment, which would be considered federal program bribery. Employees of the university allegedly named the defendants’ children as athletic recruits – despite their lack of athletic ability – or as representatives of other preferred admissions groups in return for the bribes.”

Lori Loughlin married Michael R. Burns in 1989. Michael is an investment banker, and the couple were happily married before their divorce in 1996. Prior to their divorce and subsequent splitting, Lori met with Mossimo Giannulli in 1995 and went ahead to marry him in 1997. Together they had Isabella Rose Giannulli in 1998 and after a year the couple had another daughter, Olivia jade Giannelli.

In 1987, she received her first award in the category of the “Michael Landon Award” for “CBS Schoolbreak Special” at the “Young Artist Awards.” She was also nominated for a Daytime Emmy Award in 1989 for her role in the CBS Schoolbreak Special as “Outstanding Performer in a Children’s Special.”
Summerland won her the PRISM Award for “Best Performance in a Drama Series Storyline” in 2006. For her appearance in “90210,” she was nominated for a “Teen Choice Award” in the category of “Choice TV Parental Unit” in 2009.