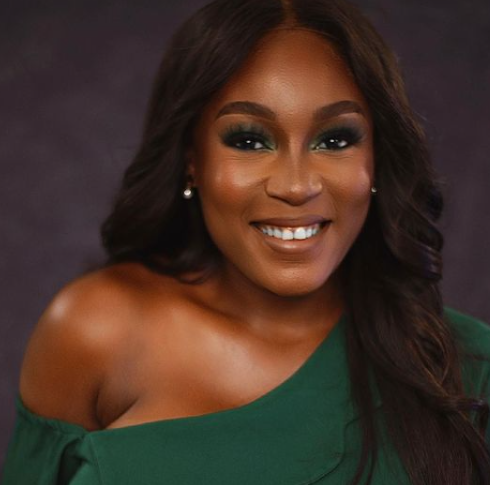 Lota Chukwu (Ugwu Lotachukwu JACINTA Obianuju Ameli) is a Nigerian actress best known by her stage name Lota Chukwu. She rose to prominence after starring in the iconic Nigerian TV series Jenifa’s Diary alongside Funke Akindele, Juliana Olayode, and Falz in the role of “Kiki,” Jenifa’s buddy. She is also a fitness enthusiast who does yoga.

On November 29th, 1989, Lota Chukwu was born as Ugwu Lotachukwu JACINTA Obianuju Amelia.
She was born in the Nsukka Local Government Area of Enugu State. She is 32 years of age as at 2021.
With three elder siblings, she is the youngest. She spent the majority of her childhood in Benin.

She received all of her schooling in Benin, including primary, secondary, and university education.

She also earned a degree in Agricultural Economics and Extension Services from the University of Benin.

She went one step further at the Royal Arts Academy, where she honed and improved her acting skills while also gaining a formal education.

Before acting, Lota was a model and participated in the 2011 edition of Most Beautiful Girl in Nigeria representing Yobe State. She started her acting in 2011 but became popular after appearing on Jenifa’s Dairy and played the role of Kiki.

She describes how she got the Acting Bug, according to her. She began professionally acting in 2011 and hasn’t looked back since.

Lota Chukwu rose to prominence in December 2014, when she played Kiki in the wildly popular Jenifa’s Diary.
She has also appeared in films such as The Perfect Plan, Fine Girl, Iyore, Wind Chasers, Spotlight, and others.

She discovered Yoga when she had gained a few pounds and needed to lose them.

In a Post online, Lota Chukwu wrote about herself. She said,

“So many things I can’t write about, but basically, these are the top 15 things about this vintage soul called Lota…

1). My full name is Ugwu Lotachukwu Jacinta Obianuju Amelia. I named myself Elixir, its the drink of the gods in Ancient Greek and it’s the source of their eternal youth and beauty (I’m a big fan of mythologies). And yes, with a face like this, the potion does exist.

2). I’m very, what I like to call ‘God-aware’. I’m not a Christian (Christ-like) yet, but I think about God in anything thing I do, not that it prevents me from committing sin all the time though. I guess it comes from my name “Lotachukwu” which means “remember God”. I am very scared of The Big Guy, and I try to make amends in my own little way, Like I don’t have sex the day before I travel. Just one of little things silly things I do to make amends in case I die on the road.

3). My mum is the greatest human influence in my life. And she’s nothing like Prof. Dora Akunyili or the likes, she’s just her and that’s all I want to be. She taught me consciously and unconsciously just about every way I live my life
4). I’m a single mum with 4kids I’d do anything for. And I have a boyfriend called Andre and he’s a 2004 toyota rav4.

5). I’m wired weird. Lol. I don’t see things from the usual or socially acceptable POV. And the quickest way to my heart is to respect my opinion.

6). I am very beautiful but that’s not what makes me attractive. There’s just something about me. Yep, no one has figured it out yet. Personally, I think It’s not just the fact that I’m witty, smart, intelligent, beautiful, selfless, honest, goofy, playful, or the fact that I’m a decent human being with a great sense of humor, it’s the amazing way it’s all combined. And that was me being modest.

7). I’m an optimist. So yeah for me, life is always the sunny side up. I’ve had bad things happen to me, so I understand it could always have being worse. So when things happen and everyone else is complaining and I can’t be bothered, just remember, I see my glass as always half full.

8). I’m a hopeless romantic with a filthy mind. And that’s putting it mildly on both counts.

9). I’m a Sagittarian royalty. A Sagittarius through and through. Wise like the centaur and straight like an arrow.

10). I talk to myself a lot when I’m alone, which is almost all the time. The reason is simple. I am one of the smartest people I know, and I am easy to talk to and I give great advice. Do you think I’m too old to be a therapist?

11). I have a dance routine to all my favorite songs. So every time you see me singing, just know there’s an Indian movie thing going on in my head.

12). I’m a sucker for love. Yep, I’m still searching for my one, true love and don’t dare tell me true love doesn’t exist. So it’s understandable that My greatest fear is ‘settling’ into marriage. Getting married for a reason other than “he makes me happy and I’m head over heels in love with him”.

13). I’ve never gone out on a romantic date before, like a dinner or a movie date. Neither have I ever had breakfast in bed or received flowers. At my age, just imagine. Smh

14). I know what my future holds and it doesn’t scare me. I won’t say I see my future, but I’ve always known how It would turn out, I guess that’s my gift. So I know I won’t live till old age. Maybe 35/40 tops, and I’ve accepted that. So love me while you can. But then again, maybe the world will end before y’all can get a chance to eat my funeral rice. 😂😁😋 ntoi

I know I’m boring but I don’t care yawns”

Thylane Blondeau Net worth and Biography 2021