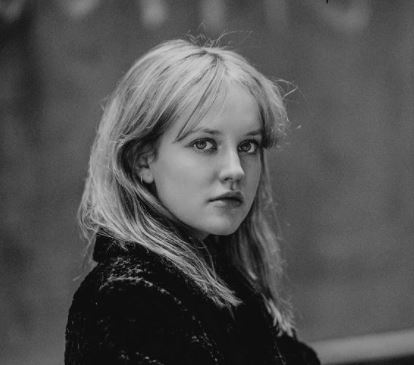 Markella Kavenagh (born late 1990s) is a young, talented and upcoming Australian actress, model and musician. Markella Kavenagh is a well-known Australian actress and television personality who is well-known for her films and television dramas. She rose to prominence as a result of her diverse acting abilities and talents. She is most known for her films Romper Stomper, Picnic at Hanging Rock, and The Cry, which are all quite popular with the public. The young actress is also popularly known for her portrayal of Tyra in The Lord of The Rings television series.

Markella Kavenagh was born in Australia.

However, there is no exact date of birth as of yet. She is of white origin and has Australian nationality.

She has a sibling called Liam Kavenagh, according to some accounts. She also posted a photo of her mother on Instagram.

In 2018, the Australian beauty landed her first television appearance as Cindi in the drama series Romper Stomper. She starred in two television shows in the same year: Picnic at Hanging Rock and The Cry.
In 2019, she played Jane Cotter in the bushranger film True History of the Kelly Gang. That same year, she appeared as Cassie Malone in the murder, suspense, and crime television series My Life Is Murder.
Tyra will be played by Markella Kavenagh in the forthcoming Middle-earth film (The Lord of the Rings)

In 2020, the actress will play Sara in the short film Furlough after starring as Claudia in the feature film My First Summer. The same year, the True History of the Kelly Gang star emerged in the series The Gloaming as Daisy Hart.

She gained even more notoriety when she was cast as Tyra in the forthcoming Middle-earth (The Lord of the Rings) series starring Robert Aramayo, Owain Arthur, Nazanin Boniadi, and Joseph Mawle.

Markella Kavenagh is reportedly unmarried and has no children or boyfriend. Keith Urban, a well-known guitarist, is a major fan of hers.

She is a great fan and follower of pop culture, and she enjoys taking photos, reading, studying, traveling, and surfing the internet.

Romper Stomper, Picnic at Hanging Roc, The Cry, The Gloaming, True History of the Kelly Gang, and My First Summer are only a few of the tv shows and films in which she has appeared.

Similarly, the actress will star in the forthcoming Middle-earth film (The Lord of the Rings).