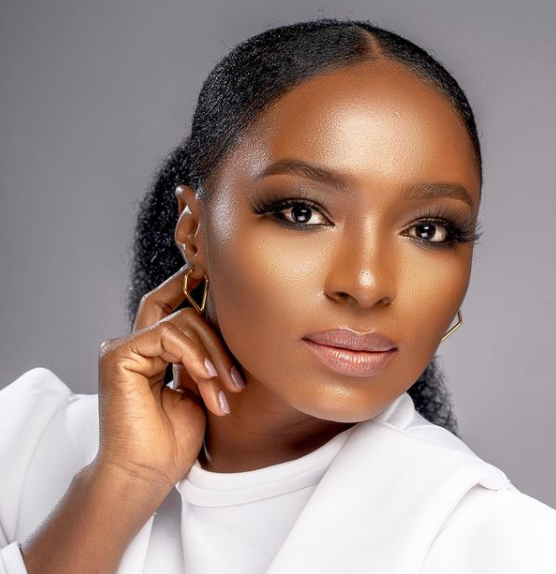 Meg Otanwa is a Nigerian actress, who has starred in various high class Nollywood movies. The former banker who is now an actress made her Nollywood debut in the film I’ll Take My Chances in 2011, and has since appeared in films such as October 1 (2018), Ojuju (2014), Kpians: The Feast of Souls (2014), and several others. She graced the cover of Zen Magazine in November 2006. She played “Angela” in Dimeji Ajibola’s sci-fi thriller Ratnik, which was released on December 1, 2020 and stars Osas Ighodaro, Karibi Fubara, Paul Utomi, and others.

Meg Otanwa was born on the 14th of February, (The exact year is unknown) However, according to Meg, she was born as a premature baby who looked frail and fragile. She recalls that whilst her mum was 7 months pregnant, she suddenly went to labor while attending a social function and was rushed to hospital where Meg was born. Meg Otanwa is a native of Benue state and comes from the Idoma speaking tribe of the very large state in North Central Nigeria.

Meg Otanwa Career As A Banker

Meg spent a long time working at the African Development Bank in Tunis, Tunisia. Switching from banking to acting, she believes, was not an easy decision. She said,

“I personally recognize that it was a very courageous move because trust me, it’s not the easiest,”
“I just got to a point in my life where I felt like it’s time to move on to the next thing. I’ve always wanted to act. I knew that at some point in my life I would venture into it.

However, after resigning from the bank, Meg took the deep plunge into Nollywood where she made her debut in 2011.

She appeared in Kunle Afolayan’s film, October 1; Bodunrin Sasore’s drama series, Before 30, as “Aisha”; and Charles Novia’s film, Atlanta in 2014.
She played “Koko Ogunbiade” in Africa Magic’s debut telenovela, Nollywood’s Hush, in 2016. Richard Mofe Damijo, Thelma Okoduwa, and Rotimi Adelegan also appear.
She was nominated for Best Actress in a Drama at the 2017 Africa Magic Viewers Choice Awards, as well as the AMVCA appreciation award for MNET original film, which she won, for her role in the mystery telenovela, Hush. The actress was also seen on the 2018 event’s red carpet.