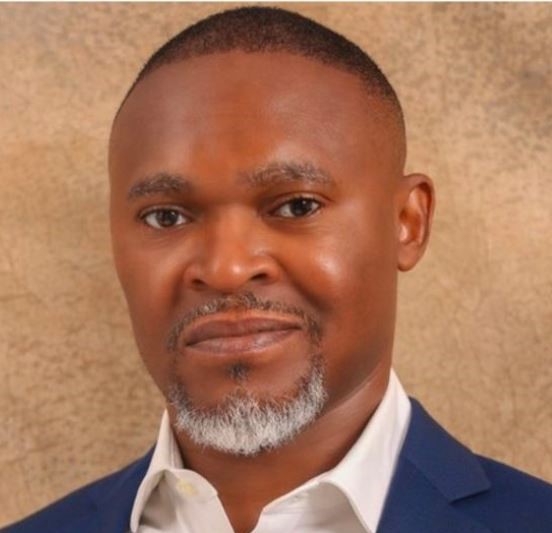 Michael Usifo Ataga is a Nigerian entrepreneur who is the founder and CEO of Super TV and a director of Super Network Limited, a telecommunications company.

Michael Usifo Ataga was born in Edo State, Nigeria, on June 19, 1971. He received his primary and secondary schooling in Edo State before graduating with a bachelor’s degree in 1995 from the University of Benin.

Michael Usifo Ataga is a successful Nigerian businessman. He founded Super TV and served as its Chief Executive Officer (CEO) as well as a director of Super Network Limited.

Michael Usifo Ataga is a University of Benin graduate (UNIBEN). Usifo has certifications in Strategic Planning, Management, Project Planning, Business Development, and Negotiation, according to his LinkedIn page.

On December 23, 2013, Ataga formed Super Network Limited under the Telecommunications Services Industry, with himself as the sole director. In April 2014, he launched Super TV, a streaming entertainment channel that includes movies, shows, news, and documentaries, on this platform. He has served as the Chief Executive Officer (CEO) and founding Director of Super TV since 2014.

SuperTV began as an entertainment platform and is the creator of the SuperTV for 9mobile App on Google Play, a 3.2-star-rated app that allows users to watch movies, TV series, and live TV without the usage of data or the internet.

SuperTV’s Material Distribution Marketplace, which enables its partners to monetize premium, fresh, and library content, is said to be built for local and worldwide Live TV networks, content distributors, film makers, and independent TV producers. A quality check is also performed to guarantee that video content on SuperTV meets technical standards, as well as the supply of full Digital Right Management (DRM) to CSPs for all video to prevent content theft and illegal access.

Usifo Ataga is married to Brenda Ataga Usifo, an executive in the oil and gas industry. They have two children together.
She works in the office of the Honorable Minister of State for Petroleum Resources, Timipre Sylva, as the National Project Coordinator for the LPG Gas Expansion Programme.

Between 2015 to 2019, she worked as the Special Adviser on Downstream and Infrastructure.

She is a Mid/Downstream Commercial Strategist with over 15 years of experience in the oil and gas business, as well as a 2018 Arch Bishop Desmond Tutu Fellowship Nominee.

Michael Usifo Ataga died when his lover Chidimma Ojukwu stabbed him in the neck.

Chidimma Ojukwu, who was paraded at the Lagos State Police Command headquarters in Ikeja on Thursday, confessed to the crime, saying the scuffle that led to his death occurred because the deceased had allegedly forced her to have another round of sex after numerous rounds of sex.

During the altercation, the 300-level Mass Communication student allegedly stabbed him multiple times, tied him up, and left him to bleed to death.

She then proceeded to steal his ATM cards, phones, and laptops, which she later formatted and sold at Computer Village before being apprehended by the cops.

She confessed to the command that he was hooked up with the dead four months ago by a mutual acquaintance and that their relationship was going well until the scuffle.

The suspect, who lives with her parents in Yaba, pretended to be heading to an ushering job on the day of the incident before meeting with the deceased at the short-let apartment he rented.

They had taken some intoxicating substances like “SK” prior to the sex, she claims, and when the male tried to go for another round, she objected, but he had his way with her.

She claimed they had first argued before the deceased allegedly attempted to choke her, prompting her to stab him twice before fleeing the flat.

After he failed to return to his Victoria Garden City (VGC) home and failed to show up at work, his family and friends reported him missing to the police.

After the handlers of the flat in Lekki Phase 1 failed to spot movement, his body was discovered, especially since he had overstayed his paid period.

The state Commissioner of Police, Hakeem Odumosu, remarked during the suspect’s parade:

The culprit was apprehended at her parents’ house after an inquiry.

He stated that attempts were still being made to apprehend and bring additional perpetrators of the horrible murder to justice.

According to him, the suspect plotted the murder of Ataga with others who are still at large.

One driver’s license, complementary cards, an Access Bank Statement Account, and a Nigerian International Passport with the number B50010434 were among the exhibits discovered, he said.

One phony driver’s license featuring Mary Johnson’s photograph, which belonged to the suspect.

The suspect’s identity appears on an ID card from the University of Lagos.

The murder weapon, a knife, was still missing, as the suspect admitted to throwing it away in a trash can near her home.

The case will be charged in court as soon as the inquiry is completed, according to Odumosu.