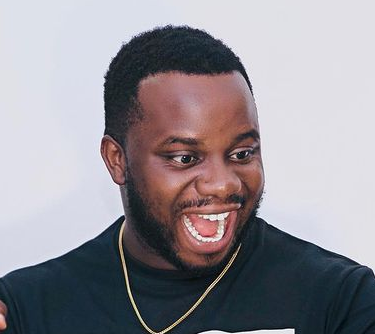 Mr Funny (Oga Sabinus) is currently one of the funniest online comedians in Nigeria today. He joins the likes of Zicsaloma, Josh2funny, Lasisi Elenu, Sydney Talker and a host of other comedians to bring hilarious content to millions of fans across Nigeria and beyond Nigeria.

Oga Sabinus is also referred to as a Mumu man because he always gets into trouble for not minding his business in his comedy skits.

Mr Funny, whose full name is Emmanuel Chukwuemeka Ejekwu, is a Nigerian comedian who was born in the commercial city of Port Harcourt on January 30, 1995.

He was not only born in Port Harcourt, but he is also a native of the city.

Mr Funny (Oga Sabinus) is from Rivers state. He is of the Igbo tribe which is one of the major tribes in Rivers state, Southern Nigeria. His Igbo name is Chukwuemeka Ejekwu.

Mr Funny (Oga Sabinus) is one of the funniest online video comedian in Nigeria. His skits always involves him making foolish and hilarious decisions that he turns out to regret later. He began his comedy career back in 2019, but the 2020 covid-19 lockdown made his videos become more popular as Nigerians searched for content online.

Mr Funny (Oga Sabinus) has worked and collaborated with a good number of other online comedians in Nigeria such as Broda Shaggi, Zicsaloma, amongst others.

He shuttles between Lagos and Port Harcourt and lives in the two cities. He stays in one, depending on the video he is about to release.

As at 2021, Mr Funny (Oga Sabinus) is one of the most popular online comedians in Nigeria.