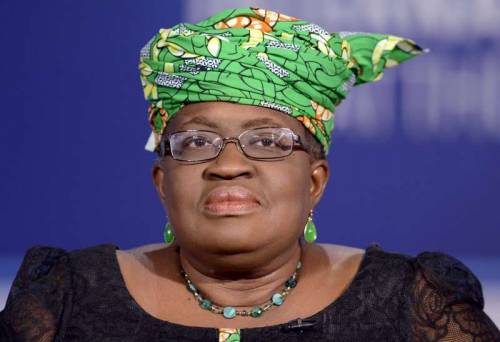 The African Union has disqualified Ngozi Okonjo-Iweala from running for the top World Trade Organisation post.

Recall that in July 2019, the Executive Council of the AU invited member states to present nominations into the office of the DG of the WTO so that the AU would agree on a consensus candidature.

However, on June 4, 2020, Nigeria withdrew the nomination of Fedrick Agah and replaced him with Okonjo-Iweala.

The AU also says its Executive Council had endorsed the nominations of Fedrick Agah, Eloi Laourou and Abdulhameed Mamdouh before Nigeria sought to substitute its nomination.

Defend Yourselves Against Herdsmen- Ohanaeze To Igbos