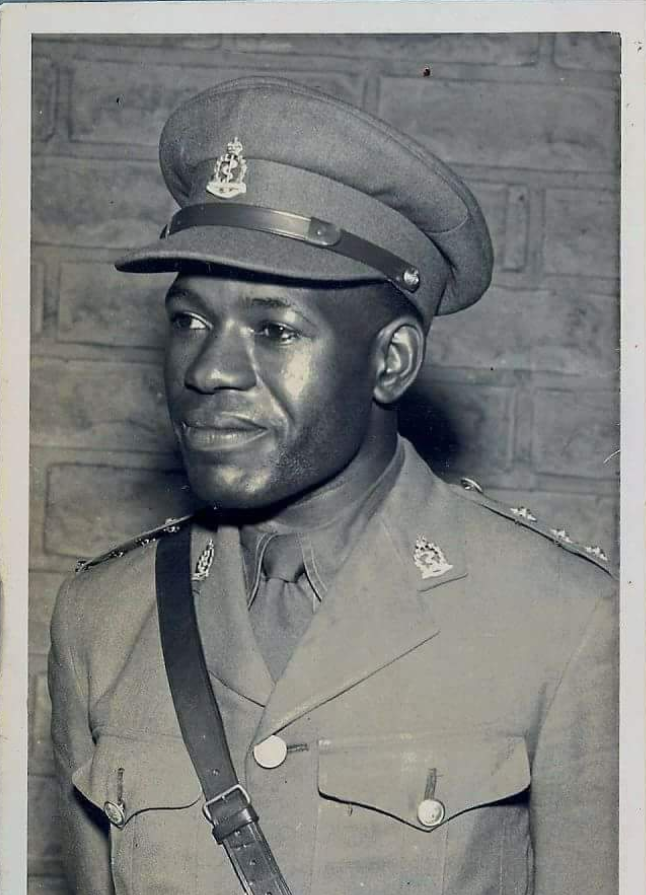 He was born on November 13th. 1925, to the family of His Royal Highness, Michael Eze, Okofia I and Eze n’Ukpo, the traditional ruler of Ukpo Kingdom, in Dunukofia Local Government Area of Anambra state.

He was a student of the highly prestigious Anambra secondary school The Dennis Memorial Grammar School(DMGS), Onitsha; where he studied from 1941 to 1945. He continued his education by flying abroad to Canada where he studied Medicine. He continued his education by moving to the United States of America where he took a Masters degree on Experimental Surgery.

Young Walter as a Captain in the Royal Canadian Army.

He was a member of the Royal Canadian Army where he attained the rank of Captain.

He later returned to the country to be the traditional ruler of his community Ukpo.

He is also known to have founded a prestigious hospital in Anambra, known as The Toronto hospital Onitsha, where he was the Medical Director. He is the elder brother to popular oil mogul Arthur Eze. In 1959, he married his love, Justina Nebechianya Okafor and the marriage was blessed with four children.

Popular Evangelist Reinhard Bonnke is Dead- His Legacy Lives On