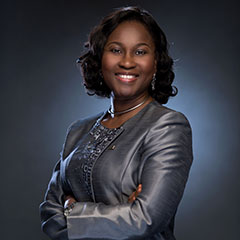 Nigeria’s First City Monument Bank (FCMB) has now appointed a new Managing Director who will oversee the affairs of the bank. The New MD of FCMB Bank is Mrs Yemisi Edun.

She was an executive director on the Executive board (Finance) of the bank before her appointment as the new MD of FCMB Bank.

She will be taking over from the former MD of the Bank Adam Nuhu who was disgraced following a revelation that revealed he had an affair with an employee of the bank, Moyo Thomas who had him two children. Adam Nuhu, the former MD of FCMB had allegations levelled on him following his unethical behaviour amidst accusations of paternity scandal that surrounded him.

She began her career with Akintola Williams Deloitte (member firm of Deloitte Touché Tohmatsu) in 1987, with main focus in Corporate Finance activities. She was also involved in the audit of Banks and Other Financial Institutions. She joined FCMB in the year 2000 as Divisional Head of Internal Audit and Control before assuming the role of Chief Financial Officer of the Bank.

The New Managing Director of the FCMB Bank, Yemisi Edun will be expected to help calm the storms that have risen across the bank’s nsme following the social media outburst that followed the former MD of the FCMB Bank Adam Nuhu who has since resigned following a probe that will begin soon.