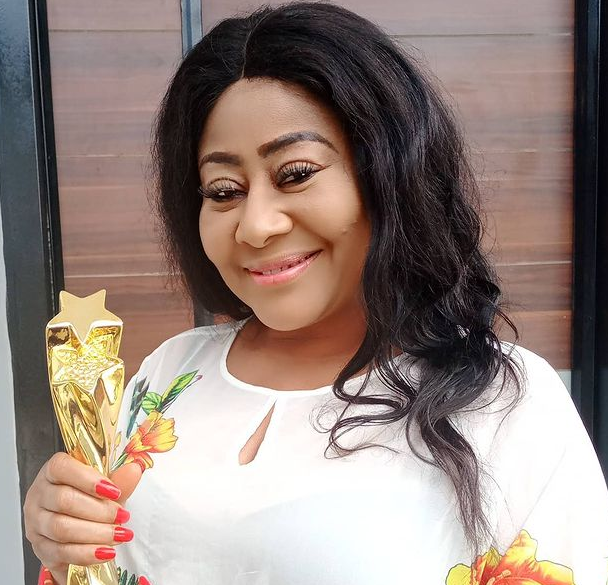 The experienced actress comes from Ogbunike, Anambra State, Nigeria, and is known for her maternal roles in Nollywood films. She has six siblings.
She starred in Adesuwa in 2012, earning her a nomination for Best Supporting Actress at the 8th Africa Movie Academy Awards.

Ngozi is regarded as a bright and dedicated woman who serves as a role model for many aspiring actresses. She has achieved celebrity, and she is still quite active in Nollywood today.

Ngozi Ezeonu debuted in the Nigerian film industry (Nollywood) in 1993, starring in “Living in Bondage,” a film that catapulted Nollywood into the spotlight. She rose to prominence in 1993 after acting in the Nollywood blockbuster film “Living in Bondage,” which is considered the biggest grossing and best-selling Nollywood film of all time.

Despite the fact that she is most recognized for her portrayals of maternal figures, Ezeonu began her acting career playing younger roles.
In 1993, acclaimed film director Zeb Ejiro gave Ezeonu a supporting role in the Igbo hit Nneka The Pretty Serpent as Nkechi, the antagonist’s best buddy.
Her next part was as Thelma, a high society mistress, in the 1994 film Glamour Girls. Before becoming a Nollywood actress, Ngozi Ezeonu worked as a journalist. She worked as a journalist for Radio Lagos and Eko FM. Ngozi had no intention of becoming an actress, but life intervened.

Edwin Ezeonu is the Ngozi Ezeonu’s husband has been married to her for years. The marriage has reportedly crashed. She is the mother of four children.

Ngozi Ezeonu has a net worth of $700,000 dollars. She has a successful career in Nollywood that has lasted for more than 20 years.