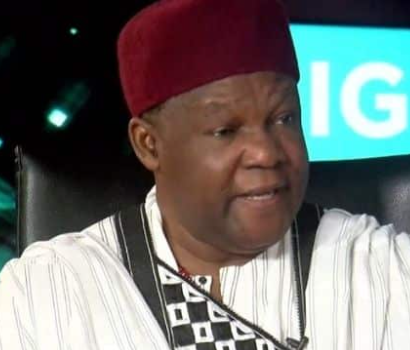 Obadiah Mailafia Biography – Obadiah Mailafia was a Nigerian development economist, international polymath, and central banker who lived from December 24, 1956, until September 19, 2021. He was a former officer of the African Development Bank Group and the Central Bank of Nigeria’s Deputy Governor (CBN).

Obadiah Mailafia Wife – Obadiah is married to his wife Margaret Mailafia. They both reside in Abuja. When DSS invited Obadiah in 2020, Margaret, Obadiah Mailafia’s wife, has expressed fear about his safety in the custody of the Department of State Services (DSS) after he was summoned for questioning for comments he made on a radio program about insecurity in the country.

Margaret appealed to the international community and elder statesmen to intervene for her husband’s quick release, speaking to journalists at the DSS office in Jos, Plateau State.

“We are appealing to the world community, General Yakubu Gowon, Olusegun Obasanjo, T. Y. Danjuma, J. T. Useni, Joshua Nimyel Dogonyaro, the IBB, and other stakeholders to intervene in my husband’s release,” she said.

Obadiah Mailafia was born in the town of Randa in the Sanga Local Government Area of Kaduna State on December 24, 1956. His father, Baba Mailafia Gambo Galadima, was an evangelist for the Central Nigerian Evangelical Reformed Church (ERCC).
Mailafia was reared in a multiracial setting as a missionary child. His parents eventually moved to Murya, Lafia, Nasarawa State, where he was raised.

Obadiah Mailafia Education – From 1964 to 1969, he attended Musha Sudan United Mission School, and from 1970 to 1974, he attended Mada Hills Secondary School in Akwanga.
He excelled as a sportsman, debater, and scholar, receiving the Commissioner of Education’s Award as the most outstanding student of the 1974 graduating class. Between 1974 to 1975, he studied at Ahmadu Bello University’s School of Basic Studies (SBS) in Zaria for his A’Levels. He went on to Ahmadu Bello University in Zaria, where he earned a B.Sc. Honours Social Sciences degree in 1978, graduating first in his class (Politics, Economics and Sociology).

He also holds a master’s degree from the same university. He was awarded a French Government Scholarship and went to the University of Clermont-Ferrand in 1985, where he got a Certificate in French Language and Civilization.

He also received a Diplôme (equivalent to an M.Phil.) in international economics from the Institut International d’Administration Public (IIAP), the international arm and sister institution of France’s famed École nationale d’administration (ENA). Mailafia went on to Oriel College in the United Kingdom as a Foreign and Commonwealth Office (FCO) Scholar, getting a DPhil in 1995 from the University of Oxford.

Obadiah Mailafia Career – Between 1978 and 1979, Mailafia began his career teaching Government and Economics in Akoko Anglican Grammar School in Arigidi-Ikare, Ondo State, Nigeria, as part of his mandatory National Youth Service Corps year. After national service, he worked as a Graduate Assistant in the Faculty of Arts and Social Sciences at Ahmadu Bello University from 1980 to 1982.

Mailafia was a Fellow and Acting Research Director of the National Institute for Policy and Strategic Studies from 1982 until 1989. (NIPSS).

He was a member of a group that recommended the Federal Military Government on how to resolve the Nigeria-Cameroon Bakassi Peninsula Dispute in a peaceful manner. It contributed to the avoidance of a devastating war between the two neighboring countries.

Mailafia was a resident tutor and professor in the economics and politics of developing countries at Plater College Oxford, an associate college of the University of Oxford, from 1990 to 1995. He worked as an assistant professor at New England College, Arundel, the college’s foreign academic department, from 1995 to 1996. He then worked as an international finance lecturer at Richmond Business School, the American International University in London, from 1997 to 1998. He was then hired as the first dean of the Regents Business School London’s International Business Department (1998–2000).

Mailafia worked as a chief economist in the African Development Bank Group’s Strategic Planning and Budgeting Department from 2001 to 2005.

When the bank was temporarily relocated to Tunisia, he served in both Abidjan and Tunis. He was on multiple missions around Africa in this position, supervising projects in power and infrastructure, as well as the agriculture industry.

He prepared the Concept Note, which was eventually approved by the AFDB board, resulting in the formation of the New Partnership for Africa’s Development (NEPAD)

Mailafia served as secretary to the African Development Fund’s senior management committee and special negotiating team for the Ninth Replenishment, as well as a member of the task force for the joint management of the HIPC Trust Fund, which was coordinated by the World Bank and the International Monetary Fund.

From 2005 to 2007, Mailafia was recalled from the African Development Bank to serve as the Central Bank of Nigeria’s deputy governor (CBN).

He was a member of the bank’s board of directors and was in charge of monetary policy, economic policy, research and statistics, as well as contact with regional and international organizations such as the IMF and the World Bank.

He was a key figure in the 2005–2006 financial consolidation process, which resulted in the reform of Nigeria’s banking sector. He oversaw the consolidation of 89 commercial banks into 25 consolidated banks through mergers and acquisitions.

Mailafia served as the chief of staff (Chef de Cabinet) of the African, Caribbean, and Pacific (ACP) Group of States, situated in Brussels, Belgium, from 2010 until 2015.

Mailafia was also the main point of contact with the European Investment Bank (EIB) on the management of the EIB’s €5 billion Intra-ACP Resources Fund, which includes the Africa Infrastructure Fund and the ACP-EIB Investment Facility.

Obadiah Mailafia Cause of Death