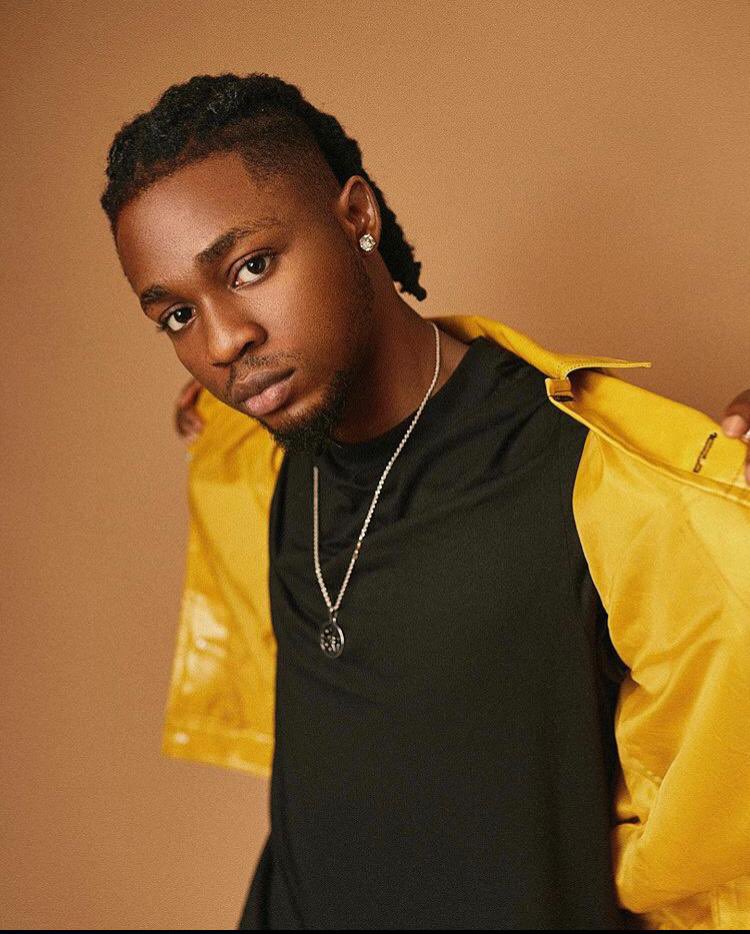 Omah Lay whose real name is Stanley Omah Didia, is a musician who performs as a singer, songwriter, and record producer. After his debut single, “You,” went viral in 2020, he gained notoriety. He began his career as a producer and songwriter in Rivers State, but it wasn’t until he realized he wasn’t given enough credit for the songs he helped make for others that he decided to pursue singing. Omay Lay now made up his mind to go fully into producing and recording his own music.

In 2019, he recorded and released the singles “Do Not Disturb” and “Hello Brother” in his hometown of Port Harcourt, earning him a record deal with KeyQaad, a relatively new record label at the time.

Omay Lay has taken the Nigerian music scene by storm with the type of music he produces which goes well with a good number of Nigerian youth. His rise to fame and stardom was instantaneous without much struggling and his music has come to stay.

Omah Lay‘s music has been described as a mix of Burna Boy and Wizkid in one voice. His style can be defined as Afro-Fusion.

Speaking on how his career has been so far, Omah Lay said,

“I grew up hearing a lot of stories about my grandfather, including how he used to be a percussionist for legendary highlife singer Celestine Ukwu.
That, I believe, is where the whole thing stems from. My father was also a drummer. “Every single one of these people was an inspiration to me,” says the author.
“My sound is afro-fusion, but I don’t like being classified in any way; I’m not that kind of performer. My music has a lot of influences,”

Omah Lay was born in the Nigerian city of Port Harcourt on the 19th of May 1997 and spent the majority of his teenage years at the Marine Base. Omah Lay isn’t the first in his family to be involved with Music; he revealed in an interview, that his grandfather was a drummer for the late 1970s Highlife phenomenon. Celestine Ukwu.

Omah Lay was greatly influenced by his cousin who taught him how to write short poems and song lyrics, this ignited a little passion in him concerning music, but it wasn’t until he heard “That’s That Shit” by Snoop Dogg that the whole music passion grew out of proportion. This happened around 2016 when Omah Lay was 19.

However, prior to this, Omah Lay had already been listening to Tupac and Drake and often tried to fashion his poem writing by imitating the two music legends.

Omah Lay began his musical career as a teenager, rapping in the streets of Marine Base as Lil King, but grew bored and decided to learn how to make music.  He first made his impact on the local music scene in early 2019 as a producer, releasing a couple of records that received huge radio play in his hometown, but he felt he wasn’t getting the recognition and accolades he deserved for writing and producing those records, so he decided to pick up the mic and do it himself. In 2019, he recorded and released the songs “Do Not Disturb” and “Hello Brother,” which received a lot of airplay on his hometown radio stations.

Omah Lay couldn’t just be curtailed as he shot up high in the Nigerian music world. He released his official single “You” on February 14, 2020, which many consider to be a sleeper hit. NotjustOk and Native Mag have also included him on their lists of Freshmen to Watch in 2020. Pulse NG gave the song a mixed review, saying that “the song lacked resonance,” but also praising Omah Lay as a “master of everything connected with the song’s hook.”

Omah Lay released his debut EP on May 22nd, which included the previously released singles “You” and “Bad Influence.” The EP was an unprecedented commercial success, becoming the most streamed Afrobeat album on digital platforms such as Audiomack, Deezer, and Apple Music, earning him the title of Apple Music’s Favorite New Artiste of the Month in Africa for June. Omah Lay was interviewed by Cuppy on Apple Music’s Africa Now Radio on June 7, where he addressed the success of his latest EP and his musical influences. On Friday, July 3rd, he was named the first star of Apple’s Africa Rising Campaign, which seeks out African talent and promotes them across the continent and globally.

Speaking about his style of music, the artist said, “I make afro beats. This is what we do.

In December 2020, Omah Lay and another Nigerian singer Tems were arrested by the Ugandan authorities shortly after they arrived the country for a music performance. He was apprehended at the Speke Resort, Wavamunno Rd, Kampala, Uganda, during The Big Brunch. Luk Owoyesigyire, Assistant Superintendent of Police and Deputy Police Spokesperson, Kampala Metropolitan Police, announced his arrest.

According to Ugandan news outlet The Independent, the event’s organizers disguised the show as a lunch and dinner event, but later invited artists to perform at night.

Omah Lay and the others are being held at Katwe police station, according to the Independent, and are accused of performing “actions that are likely to trigger the spread of infectious disease Covid-19.”

It was reported that the Ugandan president, Yoweri Kaguta Museveni, postponed music concerts at the start of the COVID-19 pandemic, and that order was still in effect, when Omah Lay showed up to perform and was arrested. Omah Lay confirmed his arrest with a post he made on Twitter and soon enough Nigerians started demanding for his release on Twitter and social media with various hashtags.

Omah Lay was finally released and all the charges against him were dropped. The court document read,

“Whereas the accused person Temilade Openyi (Tems), Stanley Omah,(Omah lay) and Muyiwa Awoniyi were charged with the offense of neglect act likely to spread of infectious diseases Section 171 of Penal Code Act.

“The Charges have been withdrawn against them Vide Withdrawal Form Serial No, 4292, dated 15th December 2020.”