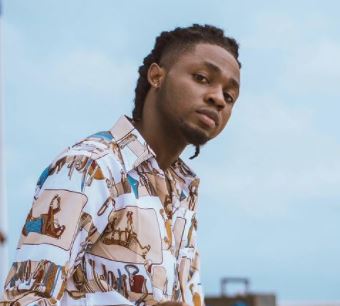 Omay Lay (Nigerian singer) has an estimated combined net worth of $600,000. He has sang a number of songs that have performed well on Nigerian music charts and charts globally.

Omah Lay is a musician who works as a singer, composer, and record producer. His true name is Stanley Omah Didia. He rose to prominence after his debut single, “You,” went viral in 2020. He began his career as a producer and songwriter in Rivers State, but it wasn’t until he discovered he wasn’t getting enough credit for the songs he assisted in the creation of for others that he decided to pursue singing. Omay Lay has now decided to focus solely on producing and recording his own music.

In 2019, he recorded and released the singles “Do Not Disturb” and “Hello Brother” in Port Harcourt, gaining him a record deal with KeyQaad, a new record label at the time.

With the style of music he produces, Omay Lay has taken the Nigerian music world by storm. His music appeals to a large number of Nigerian teenagers. His meteoric climb to popularity and stardom came without much ado, and his music is here to stay.

Omah Lay’s music has been compared as a mix of Burna Boy and Wizkid combined into one person. His music is classified as Afro-Fusion.

Omah Lay began his musical career as a teenager, rapping as Lil King in the streets of Marine Base, but soon became bored and decided to learn how to compose music.

He first made his mark on the local music scene as a producer in early 2019, releasing a couple of records that received widespread radio play in his hometown, but he felt he wasn’t getting the credit he deserved for writing and producing those records, so he decided to take up the microphone and do it himself. In 2019, he recorded and released the songs “Do Not Disturb” and “Hello Brother,” which were well-received on local radio stations.

Omah Lay couldn’t be stopped now that he’d risen to the top of the Nigerian music scene. On February 14, 2020, he released his official single “You,” which many consider to be a surprise success. He’s also been named to NotjustOk’s and Native Mag’s lists of Freshmen to Watch in 2020. The song received a mixed response from Pulse NG, who said it “lacked resonance” but praised Omah Lay as a “master of everything linked with the song’s hook.”

Omah Lay released his debut EP on May 22nd, which comprised the singles “You” and “Bad Influence,” which he had previously released. The EP became the most listened Afrobeat record on digital platforms like Audiomack, Deezer, and Apple Music, earning him the distinction of Apple Music’s Favorite New Artiste of the Month in Africa for June.

On June 7, Omah Lay spoke with Cuppy on Apple Music’s Africa Now Radio about the popularity of his latest EP and his artistic influences. He was designated the first star of Apple’s Africa Rising Campaign on Friday, July 3rd, which searches out and promotes African talent across the continent and beyond.

“I make afro beats,” the artist remarked when asked about his musical approach. This is what we specialize in.