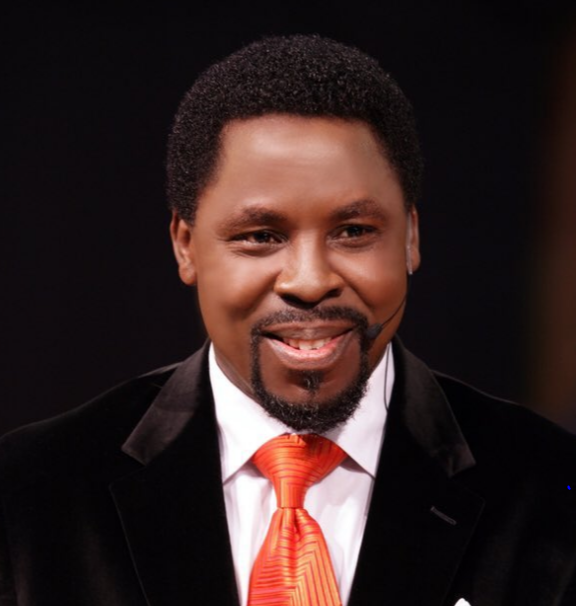 Prophet TB Joshua is Dead – Reports and News from the Leadership and Gazette Newspapers reaching Nigerians, Ghanaians and other nationals who follow Nigerian prophet Temitope Balogun Joshua is that he is dead aged 57.

Tributes are already pouring in from Twitter, Facebook and other social media platforms as people in their thousands mourn the revered man of God who impacted millions of lives.

How Did TB Joshua Die?

He reportedly died in Lagos on Saturday evening shortly after concluding a programme at his church.

An formal statement was still being written, according to family sources who did not want to be quoted by the Gazette. He was 57 years old at the time.

The cause of death was not immediately revealed to The Gazette, but family sources stated his remains had been put at the mortuary and that an autopsy would be conducted as soon as possible.

Prophet TB Joshua preached and prophesied as a television preacher for decades, attracting a vast number of Christians from all around the world to his platform. Mr Joshua’s SCOAN runs Emmanuel TV, one of Nigeria’s largest Christian broadcast stations, which is available globally via digital and terrestrial switching.

Prophet TB Joshua was a televangelist and philanthropist who was born on June 12, 1963.
Prophet Joshua was well-known throughout Africa and Latin America, owing to his yearly convention, which attracts thousands of national and international guests. People come from all over the world to see and be a part of God’s great work in their lives.

He held ‘crusades’ in Korea, Singapore, Indonesia, Australia, Colombia, Mexico, Peru, and Paraguay. He also paid a visit to Israel to receive a ZAKA humanitarian award and see biblical sites.

His ‘Miracle Crusade’ in Cali, Colombia in July 2014 was purportedly attended by 100,000 people and hosted in the Estadio Olímpico Pascual Guerrero.

In May 2015, he visited Mexico’s iconic Estadio Azteca, which was reportedly visited by 200,000 people over two days.
Joshua’s two-day tour at Estadio Monumental “U” in Lima, Peru, gathered approximately 100,000 in September 2016, garnering waves in local Peruvian media.

Joshua held a Crusade in Paraguay’s Estadio Defensores del Chaco in August 2017. His visit caused a media storm when the Paraguayan parliament approved that the cleric be awarded with the ‘National Order of Merit’, the countries highest honour usually reserved only for its own citizens.

Testimonies from those who claimed to have been healed as a result of Joshua’s prayers at the crusade made local news.

TB Joshua was married to Evelyn Joshua and had three children.