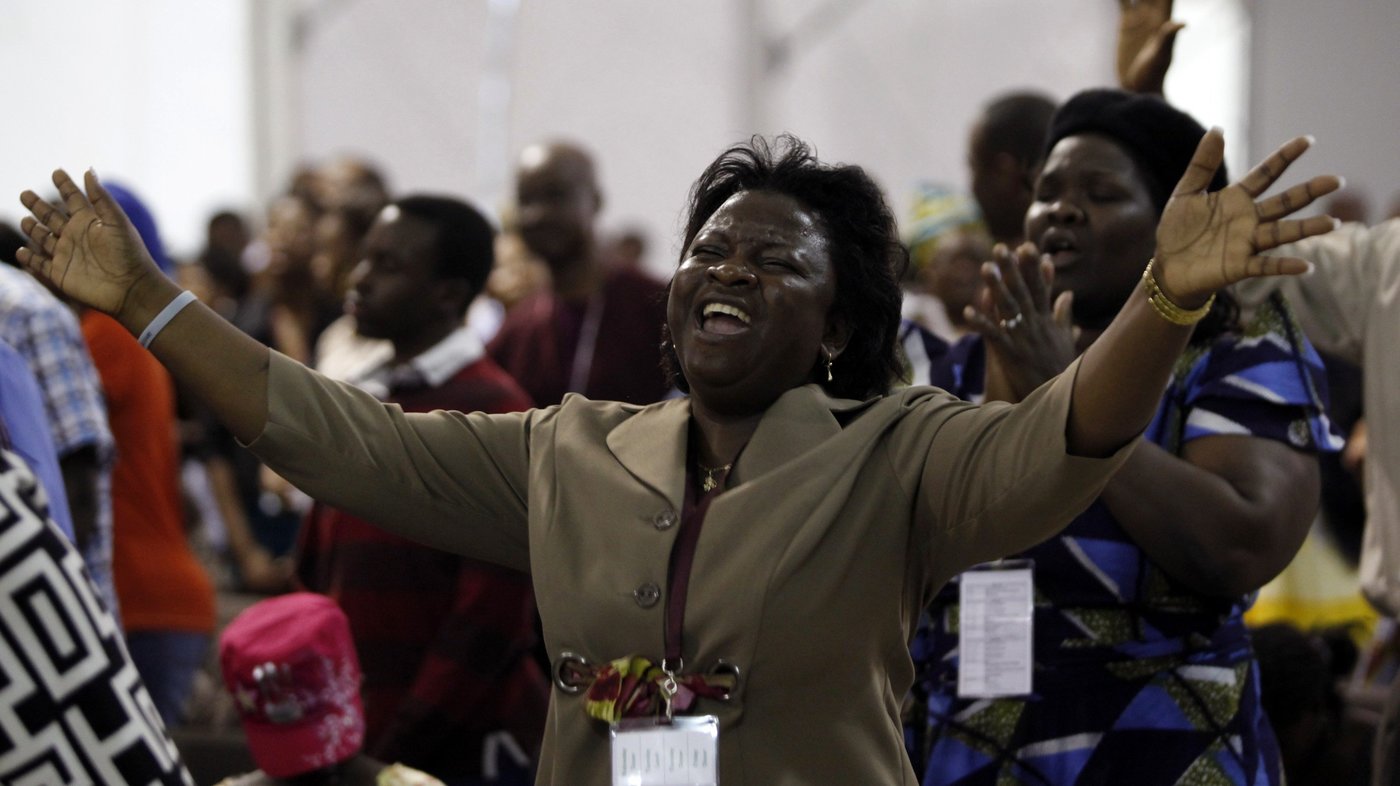 Various Crossover nights which were slated for 31st December to usher many to the New year in churches will no longer hold following the outbreak of the second wave of Covid-19.

Members of the Redeemed Christian Church of God pray at Redemption Camp in Floyd, Texas, in 2009. The church is on a mission to spread to every city in North America.

Top in this list of states and churches that have banned the crossover nights include; Ogun state, Enugu state and others amidst a host of top churches such as RCCG.

RCCG instructed members  to connect with the virtual service of the church. It stated further that the January Holy Ghost Service (the first of the year 2021) taking place on Friday, January 8, will be held virtually.

Members were advised to tune in to Dove television and other electronic media to link up with the General Overseer, Pastor Enoch Adeboye’s End of Year message and other aspects of the crossover programme.

Ogun state made their own announcement via the state-owned radio station, Ogun State Broadcasting (OGBC).

The State Commissioner for Information and Strategy, Waheed Odusile. This was sequel to a meeting government held with the Christian and Islamic clerics in adherence to the Covid-19 protocols.

Osun state however, reversed its ban on crossover services in the state. The Commissioner for Information and Civic Orientation Funke Egbemode said the government’s sensitivity to the mood of the season has necessitated a review of its earlier position.

“The Government of the State of Osun has decided to allow cross over religious gatherings, But any organisation holding cross over service must note that they are expected to close the service early and everyone must be off the streets by 1:00am.

“Security operatives have been given the directive to enforce this guideline. Religious bodies and citizens are therefore advised to comply because we do not want anyone to spend the first day of the year in police custody.

“Also, the leadership of religious bodies must ensure strict adherence to safety protocols, which include accommodating only 50 percent capacity of their normal attendance, ensuring social distancing, use of nose mask or face fields by participants, avoidance of sharing materials and instruments and avoidance of any other action that can help the virus to spread.”

January Will Be Tough Covid-19 Cases To Increase – NCDC