Roger Michell Net worth, Cause of Death, Wife, Biography - Factboyz.com 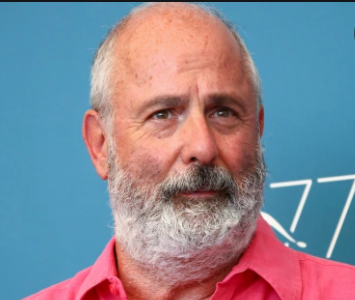 Roger Michell Biography – Roger Michell (5 June 1956 – 22 September 2021) was a British theatre, television, and film director who was born in South Africa. He was most known for directing films including Notting Hill and Venus, as well as Persuasion, a 1995 made-for-television film.

Michell was born in June 1956 in Pretoria, South Africa. His father was stationed there as a British diplomat. He spent parts of his boyhood in Beirut, Damascus, and Prague as a result of his father’s profession.

Roger Michell Education – He began directing and writing short plays at Clifton College in Bristol before studying English at Queens’ College in Cambridge, where he directed and acted in dozens of plays, winning the RSC Buzz Goodbody Award for Best Student Director at the NSDF and a Fringe First Award at the Edinburgh Fringe Festival for his play Private Dick. He received his diploma in 1977.

Roger Michell Career – Michell relocated to Brighton after graduating from Cambridge, where he directed Peter Gill’s Small Change and other plays for the Brighton Actors Workshop.

In 1978, he joined the Royal Court Theatre’s RTDS scheme as an assistant director, assisting John Osborne, Max Stafford-Clark, and Samuel Beckett, and directing a number of plays in the Theatre Upstairs.

He left the Royal Court Theatre in 1979 to work as a freelance writer and director.

In 1985, Michell became Resident Director of the Royal Shakespeare Company, where he directed plays by Shakespeare, Havel, Nelson, Bond, Farquhar, Darke, and others for six years, including Richard Nelson’s Some Americans Abroad, which went to Broadway in 1990. Michell was named Judith E Wilson Senior Fellow at Trinity College, Cambridge, in 1989.

Michell completed the BBC Directors’ Course, a three-month program aimed at helping theatre directors better grasp the camera. Following that, his first television project was the Michael Wearing-produced three-part Leigh Jackson thriller Downtown Lagos, which led to the award-winning adaptation of Hanif Kureishi’s autobiographical novel The Buddha of Suburbia, starring Naveen Andrews, which he co-wrote with the novelist. In 1995, he directed the BBC production of Jane Austen’s Persuasion, which is widely regarded as one of the best Austen adaptations and won the BAFTA for Best Single Drama in 1995. Michell then directed My Night with Reg (1997), based on an award-winning play he’d directed at the Royal Court and in the West End for a year. Titanic Town (1998), a drama set in Northern Ireland in the 1970s starring Julie Walters and Ciaran Hinds and nominated for Emden and Locarno awards, followed.

Michell directed a number of productions at the National Theatre during the 1990s, including Mustapha Matura’s The Coup, Harold Pinter’s The Homecoming, Dylan Thomas’s Under Milk Wood, Joanna Murray Smith’s Honour, Joe Penhall’s Landscape With Weapon, Granville Barker’s Waste, Nina Raine’s Consent (which later transferred to the Harold Pinter Theatre in the West End), and Blue/Orange with Bill Nighy and Andrew Lin. Following that, Richard Curtis approached Michell about directing his script Notting Hill, which went on to become an award-winning mega hit and the largest British box office success of all time. After that, he directed the critically acclaimed box office hit Changing Lanes, starring Ben Affleck and Samuel L. Jackson, in 2002. Roger Michell Cause of Death

Michell was in talks to work with Craig again in 2006 on the James Bond picture Quantum of Solace, but he bailed after months of fruitless screenplay conferences and despite solid relationships with the producers. Michell later revealed that he reached a “tipping point” with producers Barbara Broccoli and Michael G Wilson, who were “desperate” to release the next James Bond picture in 2007, despite the lack of a script. With a WGA writers’ strike looming, production ramping up, and still no real script or story, this “freaked” Michell out. The film was eventually postponed for a year before being completed with Marc Forster at the helm.

He continued to work in theatre, appearing in Richard Nelson’s Farewell to the Theatre at Hampstead Theatre, Joe Penhall’s Birthday at the Royal Court, which he also filmed starring Stephen Mangan, and Nina Raine’s Tribes at the Royal Court, and Penhall’s Mood Music at the Old Vic, starring Ben Chaplin. Morning Glory, a comedy starring Rachel McAdams and Harrison Ford set in the realm of morning news and produced by J. J. Abrams, was his next feature, released in 2010.

Michell went on to direct Bill Murray in Hyde Park on Hudson, for which he was nominated for a Golden Globe. Then there was Hanif Kureishi’s multi-award-winning picture Le Week-End, starring Jim Broadbent and Lindsay Duncan and set and filmed in Paris. After directing the critically acclaimed two-part TV drama The Lost Honour of Christopher Jefferies, written by Peter Morgan and based on the true-life story of a retired schoolteacher accused of murder, Michell collaborated with Ellie Goulding on the mini-rom-com How Long Will I Love You? Jefferies was not just innocent, but also one of Michell’s school teachers. Michell won a second BAFTA for the picture, as well as RTS and other accolades.

Roger Michell Wife – Michell was married to Kate Buffery, an actress. Rosanna Michell, an agent, and Harry Michell, a writer, director, and actor, are his two children from this marriage.

Roger Michell Wife – He married Anna Maxwell Martin after his divorce from Buffery, with whom he has two children, Maggie and Nancy. Martin announced their breakup in 2020. Roger Michell Cause of Death

Roger Michell Cause of Death

“It is with great sadness that the family of Roger Michell, director, writer and father of Harry, Rosie, Maggie and Sparrow, announce his death at the age of 65 on September 22nd,”