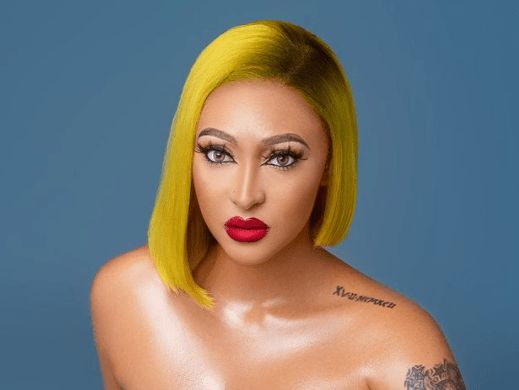 Rosy Meurer is an actress, producer and entrepreneur and triple citizen of both Gambia, Nigeria and the Netherlands. Born in Gambia to a Nigerian mother and a Dutch father; Rosy Meurer’s early childhood and growth happened majorly in Africa. A good chunk and part of her childhood were spent in Gambia. She is from a family of three and her mother is particularly from Delta state in the southern part of Nigeria.

Before she delved into the movie industry and acting career, Rosy Meurer had always dreamed to be a pilot or an air hostess. Her passion for the air was due to her undying love for sighting airplanes taking off and landing.

Meurer began her modeling career in The Gambia before relocating to Nigeria in 2009. Desmond Elliot, a (Nigerian actor and politician), discovered her in The Gambia and urged her to pursue acting in Nigeria.

She relocated to Lagos and began her acting career in 2009, playing a minor role in Emem Isong’s film Spellbound. She followed it up with roles in the films In the Cupboard (2011) and Weekend Getaway (2012). She took a break from acting and returned to school in The Gambia.

Meurer returned to Nigeria in 2014 and joined the cast of the TV series Oasis, playing Kaylah in the lead role.

Meurer’s star rose in 2017, and she released her first film, “Therapist Therapy.” It’s been a gradual rise since then, and amid a few scandals, Meurer has stayed in the public eye.

Rosy Meurer has been involved in bitter rivalry with her former friend and confidant Tonto Dikeh. Tonto Dikeh blamed Ms. Meurer for her broken home (Tonto had married Olakunle Churchill) shortly after her marriage ended, but Roseline Meurer refuted the assertion, saying that Churchill is like a “brother” to her and that she would like to work with him as part of the Big Church Foundation (Churchill’s Foundation)

The Nigerian media initially portrayed Tonto Dikeh as a bitter woman on a mission to gain attention and draw sympathy, however, Olakunle Churchill proved Tonto Dikeh correct and turned tides around when he honored Roseline Meurer on her birthday, February 15, 2021, by referring to her as “Mrs Churchill.” “Aww thank you very much,” Ms. Meurer replied in response to his message.

I will always be grateful to you. We praise God, and I’ve never had any doubts about you.”

Rosy Meurer welcomed a baby boy with Olakunle Churchill, her new found lover on the 9th of March 2021.