Somizi Net worth and Biography - Factboyz.com 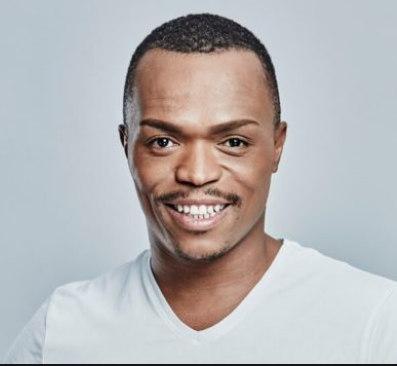 Somizi Net worth – Somizi Buyani Mhlongo is a South African actor, media personality, and choreographer who was born on December 23, 1972. He rose to notoriety after appearing in the musical and political film Sarafina! in 1992. Mhlongo became the principal choreographer for a number of performances and events, including the 2010 FIFA World Cup opening and closing ceremonies, as well as the 2013 Africa Cup of Nations opening and closing ceremonies.

After acting in and choreographing Sarafina!, Mhlongo went on to star in a number of films, including the 1995 drama Cry, the Beloved Country, as well as television series such as Idols South Africa and V Entertainment.

Somizi Mhlongo was born in the South African town of Soweto. His mother, Mary Twala, is a seasoned South African actress who was just nominated for an Africa Movie Academy Award, and his father, Ndaba Mhlongo, is an actor and comedian.
He was exposed to the entertainment business at an early age thanks to his parents’ influence. He only had one sibling, Archie, who was stabbed to death in 1985.

In 1996, Somizi appeared on the television show Tarzan: The Epic Adventures. His most important judging assignment came when he was named as the new judge for Idols South Africa’s eleventh season. Along with actress and dancer Khabonina Qubeka, he was a key judge on the defunct SABC 1 competition show Dance Your Butt Off. Mhlongo debuted his reality program Living the Dream with Somizi on Mzansi Magic in 2016. City Ses’la, Ayeye, and 10 Over 10 are among her other TV credits.

Somizi has hosted a number of award ceremonies, including the South African Music Awards, which he co-hosted for three years in a row (2016, 2017 and 2018).
Mhlongo was the featured roastee in Comedy Central’s annual roast program on April 26, 2018.

On December 15, 2020, he and Pearl Thusi will co-host the KZN Entertainment Awards.

Somizi first choreography job was on Sarafina!, a musical film. He choreographed a number of notable events, including the FIFA World Cup opening and closing ceremonies, which were held in his native country of South Africa in 2010. Mhlongo choreographed Miss South Africa, the Metro FM Music Awards, the South African Music Awards, and the Channel O Music Video Awards, among other award shows and events. He also danced and choreographed with the Joyous Celebration gospel choir.

Somizi was one of the co-hosts of Metro FM’s breakfast programme The Fresh Breakfast Show, alongside lead host DJ Fresh and soccer presenter Mpho Letsholonyane, beginning on 3 April 2017. As part of the station’s reorganization on March 30, 2019, it was revealed that he will be replaced by Relebogile Mabotja. Mhlongo was later promoted to co-host #TheBridge, a show that airs after The Fresh Breakfast Show had finished broadcasting.

Somizi Net worth and Endorsements

Because of his popularity on Idols South Africa, which airs on two of their networks – M-Net and Mzansi Magic – Somizi was selected the ambassador for the satellite provider DStv in 2017. Later that year, he endorsed with the Department of Water and Sanitation. He also agreed to be the face of McCafé Coach Sessions for McDonald’s South Africa.

Somizi’s autobiography, Dominoes, Unbreakable Spirit, was released on June 29, 2017. Lesley Mofokeng, a journalist and novelist, and he co-wrote the book. His life in show business, childhood, the entertainment industry, parental roles, sexuality, and friendship are all discussed in the book.

Somizi Net worth – Somizi Mhlongo has a net worth estimated to be between $1 Million – $5 Million due to his successful career as an entertainer and media personality.

Somizi Motaung is presently married to Mohale Tebogo Motaung, a homosexual partner. They married on the 28th of September 2019 in a conventional ceremony, followed by a white wedding the following year.

After announcing his wish to have children, he recently declared his plans to get an implanted womb.

Prior to his marriage to Mohale, he was married to Palesa Madisakwane, an actress and news presenter with whom he had a daughter, Bahumi Madisakwane.

Somizi Motaung came out as gay, and their marriage came to an end as a result.