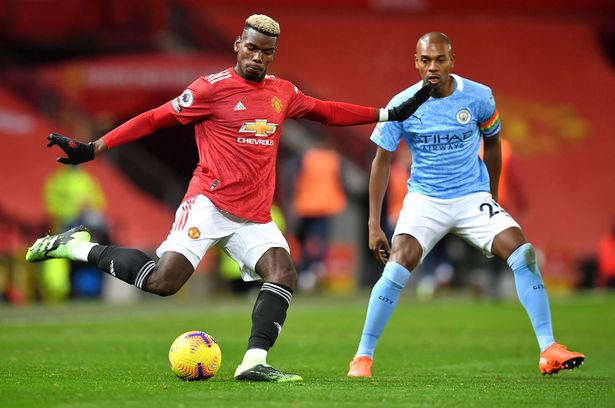 Ole Gunnar Solskjaer is not leaving anything to chance with his team selection for the Carabao Cup semi-final clash against Man City.

The United boss is looking to take his team one step closer to a first piece of silverware under his management when the rivals meet at Old Trafford on Wednesday.

And Solskjaer is expected to field a strong lineup for the encounter, knowing opposing boss Pep Guardiola is almost certain to do the same.

Despite giving Dean Henderson a chance between the sticks in the last round, David de Gea is likely to nab the No.1 shirt.

Pogba and Fred could start

In front of him Solskjaer will stick with virtually his tried and tested back four, with Eric Bailly in for Victor Lindelof the only break from the norm.

However, according to Manchester Evening News,

David de Gea is likely to retain his place in the starting XI as is Eric Bailly who has excelled in Lindelof’s absence. The Ivorian looks back to his best and is proving to be a worthy partner for Harry Maguire in the centre of defence. Aaron Wan-Bissaka will start with Luke Shaw set to beat Alex Telles to a starting berth.

In midfield, Bruno Fernandes will start again despite his recent heavy workload. Solskjaer has favoured a midfield duo of Fred and Scott McTominay against the Blues but both men were below-par in the win against Villa. However, a mobile midfield will be needed meaning McTominay could oust Nemanja Matic for a place in the starting XI.

Scott McTominay and Fred will continue their run as United’s double pivot in midfield, with Bruno Fernandes providing the creative spark in the hole.

That pushes Paul Pogba out to the same wide left role he fulfilled against City in the Premier League, though Solskjaer will no doubt be hoping for a greater impact.

As a result, Marcus Rashford will switch flanks over to the right, with Anthony Martial leading the line through the middle.

City have reached the final in four of Guardiola’s five seasons in charge thus far, lifting the cup on each occasion.

And Guardiola will be hopeful of adding another to City’s trophy cabinet, providing his team can overcome the club’s recent Covid-19 outbreak.

Ederson, Ferran Torres, Kyle Walker and Gabriel Jesus all look set to miss out due to testing positive for the virus prior to the clash with Chelsea.

Marcus Rashford is Most Valuable Player in The World At £149m