Pastor Paul Enenche Dances Like A Baby As He Celebrates Birthday

Photos As The Winlos Enjoy in Atlanta USA 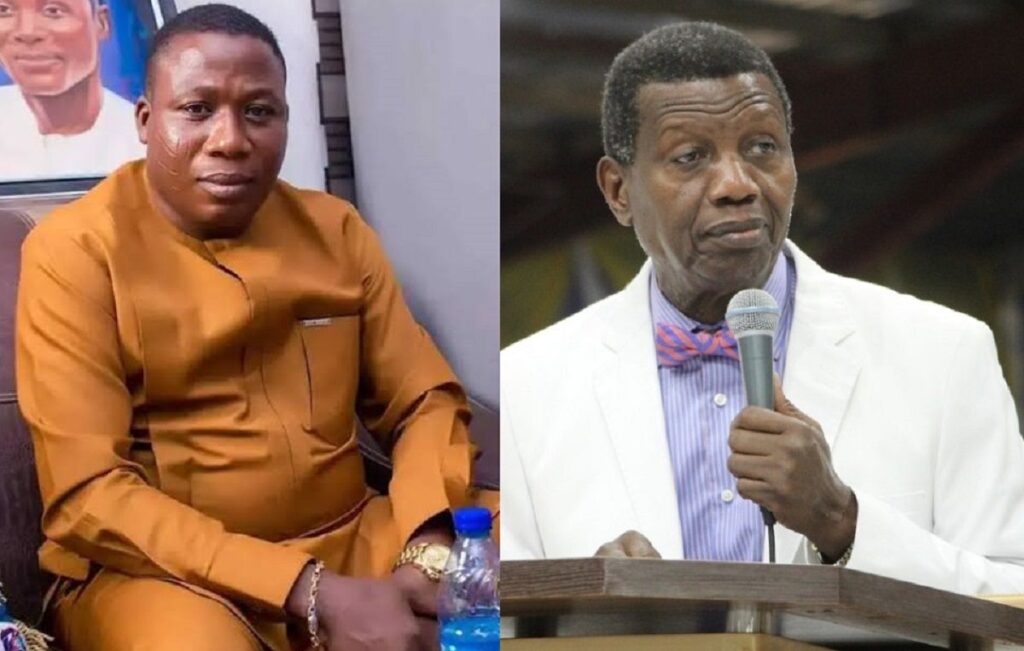 Pastor Enoch Adeboye of the Redeemed Christian Church of God has been ridiculed by Sunday Adeyemo (aka Sunday Igboho), a famous Yoruba nation activist.

Sunday Igboho said that he would not greet or commiserate with Adeboye over Dare’s death because the General Overseer does not respect the Yoruba people.

WATCH THE VIDEO BELOW

Igboho said God would destroy their children and wives if they refused to follow the secession agenda.

On Saturday night, he said this live on Facebook with his media aide, Olayomi Koiki.

Koiki had requested that the activist use the live video to deliver a message to Adeboye, expressing his condolences for his son’s death.

Sunday Igboho, on the other hand, seemed enraged by Koiki’s request, asking if the man of God had expressed his love for the Yoruba people.

“Has Baba aided Yoruba nation to the point that we will now greet him?” he asked. Adeboye does not need a greeting. What part of that is mine? This isn’t a place for church. This isn’t a religious organisation.

“Pastor Adeboye never mentioned the Yoruba people. Consider the size of Baba Adeboye’s congregation. Isn’t it his responsibility to tell them all to join the Yoruba nation? It is unnecessary for us to welcome him.

“All the opponents of the Yoruba race will be asked questions by God himself. God would destroy their children, mothers, and whole families if they say Yoruba will not get to the promised land.”

“Anyone who does not support Yoruba country, be it pastors or anyone with adherents, but does not support Yoruba nation, God, I call on you; you own me and created everything. Those elders who see our sufferings, who see the Fulanis capturing us and demanding ransom, but refuse to help us, while you murder their children and wives. It would be the case. ” emphasized Sunday Igboho.

Leke Adeboye Shaves All His Hair in Honor of Late Brother