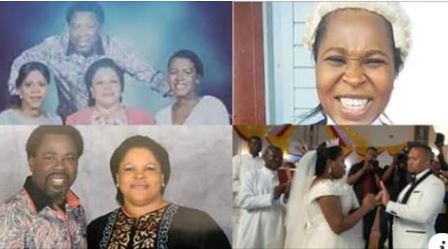 TB Joshua was well-known in Africa and Latin America. He died quietly at the age of 57, and the cause of death is still unknown.

TB Joshua revealed that he spent 15 months in his mother’s womb rather than the usual nine months.
Temitope, his surname, is a Yoruba name that means “mine is deserving of appreciation or gratitude.” It is mostly a name given by parents to express thanks for circumstances surrounding the child’s birth.

Many Christians around the world have expressed their condolences to the family of the founder of the Synagogue Church of All Nations (SCOAN), who had a profound impact on many people’s lives.

TB Joshua is survived by his widow Evelyn and his three children.

His last daughter is still in high school. I wish my wife was like me, but I can’t make her be who I am; it’s up to God. I can’t anoint her because only God can do it.”