This is Exactly What Happens When You Die - Factboyz.com 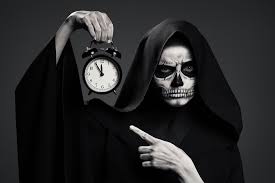 You might have been so curious to know; What really happens when you finally kick the bucket?

Irrespective of the fact that we are science inclined and we explain paranormals and confusing things with science, one thing that many of us seems to believe in is life after death

A survey in 2014 by the Telegraph showed that 60 percent of UK citizens believed in life after death.

In the U.S., which is very much a Christian nation, Pew Research in 2015 asked people what happened after you die.

However, lets be as realistic as possible as factboyz.com is known for its accuracy in delivering facts to you. Without any outright denial of life after death, we do know that physicians are aware you are dead when the heart stops beating and there is no longer any electrical activity in your brain.

ALSO READ  10 Future Skills and Jobs For The Future

Brain death is another way of confirming death, although machines can keep you going a little bit longer. Cardiac death involves the death which stops the heart from beating and blood no longer flows through the body.

That aside, you slip into death and you are confirmed dead; once you’re definitely no longer with us, your muscles relax, and this means your sphincter will relax too, the urine or pee in your bladder bursts out in an uncontrollable manner and you mess up everywhere, dying or death is not so rosy after all. If you are a man, you might even ejaculate. As for women, you may give birth after you have died if you were pregnant, which is something known as the “coffin birth”.

Not too worries, it rarely happens.

One other thing that commonly happens when death occurs according to nurses and people working close to dead bodies is the hearing of very alive-sounding moans and groans coming from dead bodies. Creepy right?

I bet you’ve got goose pimples all over you already, but this doesn’t mean you are still alive or probably struggling with an angel that sent you to hell; these are just muscle contractions.

It is even possible for you to get an erection if you died lying on your stomach and the blood flowed down there. Well, as the process continues, you will become stiff within about 2-6 hours, and this we call “rigor mortis”. The reason for this is because calcium is getting into your muscle cells. Cells gradually break down without blood flow and this leads to bacteria growth, and that’s why you start to decompose.

You may look like your hair or your nails have grown, but that isn’t the case. What is happening is that your skin is receding, giving the impression of growth. The skin will loosen, too, and blisters will appear on the body.

The next stage is putrefaction, when bacteria and microorganisms start feasting on you. You’ll soon start to stink as bad as anything you could have imagined while you were alive. One person described the smell as: “Rotten eggs, feces, and a used toilet left out for a month x 1000.

Soon everything that is soft becomes liquefied, but the bones, cartilage and hair remain strong. You’re already well on your way to decomposing by the time you are being put in the ground. But if embalmed and buried, decomposition could be a slow process. Left above ground, you’ll be a liquefied mess within about a month, feasted on by insects, maggots, plants, and animals. Underground, some experts say it might take 8-12 years before you are reduced to nothing but a skeleton.

After around 50 years, even your bones will become part of the Earth.

While some people report that their near-death experience was a scene to behold, that’s not always the case.

According to one person writing on Reddit, he said his experience was as follows: “It was just black emptiness. No thoughts, no consciousness, nothing.”

But as curious humans that we are, we are forced to ask; Is there really something else?

According to Irish empiricist philosopher George Berkeley, his quest to know exactly what happens just after death or those moments during clinical death, led him to actually hang himself to the point of death, with a friend nearby ready to cut him down before he died. His conclusion is this, he believed there was something between heaven and Earth, perhaps what philosophers have called the ether.

French philosopher Rene Descartes (Renee Day-cart) believed the soul was separate from the body, as many religions will tell you.

Popular atheist Friedrich Nietzsche believed in the concept of eternal recurrence, or eternal return, meaning all existence or energy in the universe has forever and will forever keep repeating itself ad infinitum.

You live the same life, again and again, forever.

There are various death encounters by others who were declared clinically dead, but when they regained consciousness, they spoke of seeing a very bright light stretching to a far place. A book by popular Nigerian pastor David Ogbueli Voices from the edge of eternity has a compilation of last words of various famous people before they die and quite a good number of them testified to seeing a bright light somewhere with many others including atheists, fully recognizing the possibility of life after death while closing their eyes to death.

Since death is a certain certainty for us all, we must live our lives in full recognition to the maker of all things and do hope we are very impactful so that we do not leave the world without making a lasting positive impact.

Share your thoughts in the comments and please don’t die yet!