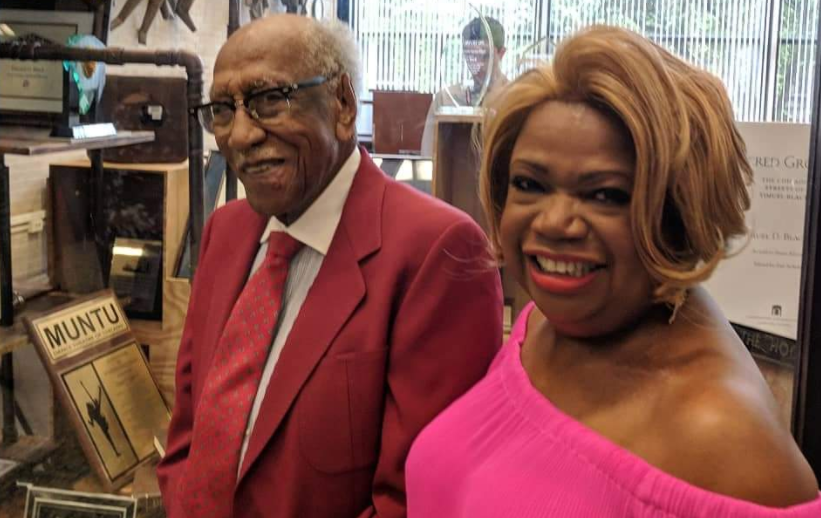 Timuel Black Wife – Timuel Black’s wife is Zenobia Johnson-Black. They have been married since 1981. Though she is much younger than him, she took good care of him till his passing on October 13, 2021. She was with him by his bedside in his Chicago home as he journeyed to the great beyond.

Black said that both his father and mother were members of the Great Migration. Black claims in his memoir, Sacred Ground, that his parents “migrated twice.”

“From tenant farms where they chopped cotton to the market town of Florence, Alabama, and then on to the city of Birmingham,” where his “daddy worked for Bessemer Steel,” was their first move. “To be able to fight back against white assailants, to acquire better employment and be able to vote, and to get a better education for their children,”

they moved to Chicago for the second time.

Timuel Black Education – He was born and raised in Chicago, graduating from DuSable High School in 1937. He graduated from Roosevelt University with a bachelor’s degree and went on to the University of Chicago for his master’s degree.

Timuel Black Career – Timuel Black fought in the Second World War which lasted from 1939 till 1945. He was awarded four Battle Stars, the Croix de Guerre, and the Legion of Honour for his service in WWII.

After the war, Black earned a bachelor’s degree from Roosevelt University and a master’s degree from the University of Chicago in 1954. He studied sociology and history under the tutelage of renowned scholar Allison Davis, the University’s first tenured African American professor. Following his graduation from UChicago, Black worked as a high school teacher in Gary, Indiana.

In December 1955, he was watching television when he spotted “this good-looking young man in Montgomery, Alabama.” Black reminisces

“I thought, he articulates the feelings that I have, and I got on a plane and went to Montgomery, which is where I met Martin Luther King.”

“With his courage, charisma, and academic training, it was the kind of leader that I would like to follow.”

Black was also president of the Negro American Labor Council (Chicago Chapter) in the 1960s and helped arrange Chicago’s participation in the 1963 March on Washington.

In the case Black v. McGuffage, Black was the named plaintiff. The lawsuit argued that the use of faulty punch card ballots in Illinois’ voting system discriminated against minorities. The flawed ballots were distributed in Chicago’s black and Hispanic communities, preventing residents from casting valid votes in the 2000 presidential election. Punch card ballots were phased out after Black v. McGuffage, and a consistent voting system was implemented. Timuel Black Wife

On the occasion of Black’s receipt of Citizen Action Illinois’ ninth annual Pauls Award, named after Paul Simon and Paul Wellstone, Senator Dick Durbin introduced a tribute to Black in the Congressional Record in 2017, describing Black as “a decorated World War II veteran, educator, author, labor leader, civil rights activist, and historian—as well as a bender of the universe’s moral arc. He is a visionary and a personal idol for me and many others.”

In 2019, Susan Klonsky published Sacred Ground, a memoir comprising interviews with Black on the African-American history of Chicago’s South Side conducted by Susan Klonsky and edited by Bart Schultz. “I’m here to personalize and impart that history to younger people across all boundaries of race and gender,” Black explained.

Timuel Black Previous Marriage – Timuel Black was married three times, and his first marriage, which terminated after ten years, left him with a daughter, Ermetra Black, and a son, Timuel Kerrigan. Mr. Black became an AIDS victim advocate after Kerrigan, a musician, died of AIDS at the age of 29. His second marriage, which lasted ten years as well, was also a ten-year affair.

Timuel Black Cause of Death

Timuel Black Cause of Death – Timuel Black died of natural causes on October 13, 2021. Black was believed in hospice care in his Chicago home alongside his wife Zenobia Johnson Black. He was aged 102.