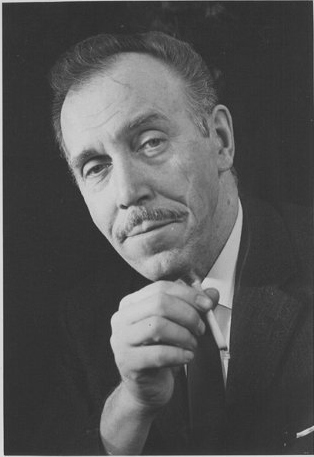 His pattern of art featured drawings that showed men to be in sexually compromising positions, tight dressing, and posing in a sexually appealing manner. For his ground-breaking work for the LGBTQ community, he has become a man who possess such an unharnessed respect and power amongst the queer community all over the world. This status and respect he has attained in the eyes of the queer community is due to the fact that he published his artworks at a time when gay marriage and its public depiction was a crime in the United States and in almost all parts of Europe. His stance on proving a point with his homoerotic art in a time when it was literarily a crime was seen as heroic by gay sympathizers and supporters alike at that time.

Factboyz will provide insight to the man known as Tom of Finland whose real name was Touko Valio Laaksonen.

Tom of Finland Biography and Facts

Tom of Finland (Touko Valio Laaksonen) was born on the 8th of May 1920, at a time when Finland recently got its independence. He was born to a middle class family in a town known as Kaarina located somewhere in the South Western part of Finland. His both parents were school teachers in Kaarina, Finland; but he attended school in another town close to Kaarina. Laaksonen went to seek better opportunities, away from his small town and he took the bull by the horn by plunging into the advertising business in 1939 when he was just 19. To achieve this, he moved to Helsinki, the capital city of Finland.

While in Helsinki, Laaksonen took out time in his spare time to draw erotic pictures of male workers he had seen during the day, and while it is not clear if he was gay at that time, he was actually good in it and would spend hours sketching his drawings in his sketch book and hiding it from possible prying eyes who would want to sneak a peek. In 1940, following the invasion of the Soviet Union into Finland; he was forced to do away with some of these early drawings and subsequently serve his fatherland in the bitter Winter War of the 1940s.

While in the army, he was vigorously involved in the war with his position as an anti-aircraft officer. He also attained the rank of second lieutenant- A position that affected his later interests in art. After Nazi Germany conquered Finland, Touko Valio Laaksonen was drawn by the uniform of the German Wehrmacht who were serving in Finland and often referred to their uniform as being sexy – Perhaps this phrase by him, unravels the mystery as to whether he was gay or not at the time.

Following the Allies victory over Nazi Germany in 1945, Tom of Finland returned to school to continue is studies.

Tom of Finland Artworks and Art

As mentioned earlier Tom of Finland’s art had a sexual undertone that appealed to the LGBTQ community, interests and way of living. His art featured men posing most times well dressed in a sexually appealing manner. Beginning from the late 1930s, Laaksonen made sketches and various drawings of these men in his own style of art. Initially, these drawings had little to reveal with very subtle undertone, but as time went on, it became more and more exposed with very clear messages passed on.

Laaksonen first submitted his art and drawings in 1956 to a top American magazine (Physique Pictorial) with the hope of gaining wider viewership – He used a pseudonym Tom which kind of resembles his name Touko to submit the drawings. With more drawings sent to the magazine, the editor of the magazine at that time decided to coin the word, Tom of Finland which he used as his name and which of course became what he was known as. In the 1957 issue of Physique Pictorial, Tom of Finland featured two log drivers with a third man and said the art depicted Male Homoerotic Potentiality.

From the 1950s and 60s, his art began to change style and context following the US restriction codes that criminalized depicting of overt homosexual acts in drawings. Also at this time, his work began to gain prominence and gradually Tom of Finland art stuck with most people who were already admiring his drawings. He published his art in various publications in various genres showing well dressed men posing provocatively.

Some of his art work include;

A documentary movie detailing the life, artworks and drawings of Tom of Finland was released in 1991 by Filmitako and Yleisradio. The Title of the movie which also helped boost his popularity is Daddy and the Muscle Academy.

Tom of Finland Marriage and Wife

Tom of Finland probably did not marry and there is no mention of his wife in any of his biographies and profiles.

Touko also won a number of awards for his works; some of them include,

How Tom of Finland Died

Tom of Finland died in 1991 after diagnosed with emphysema back in 1988. The cause of his death was an emphysema induced stroke.